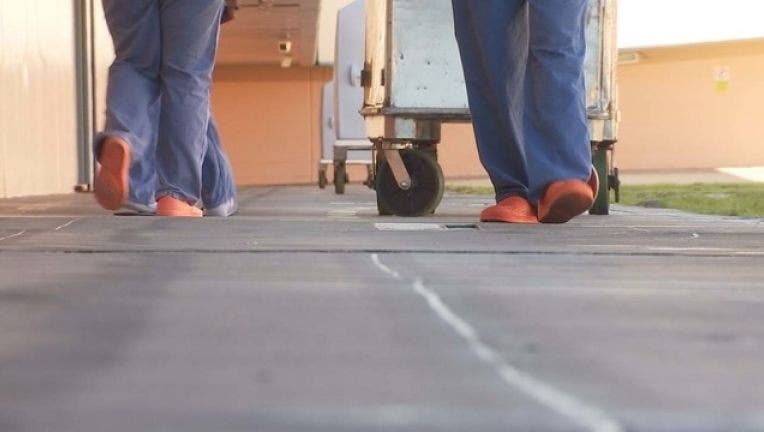 Lawyers from the Rosen, Bien, Galvan & Grunfeld wrote to U.S. Magistrate Nathanael Cousins this week that they fear the virus will spread through the jail, which as of this week, held 2,224 people, reflecting a nearly 24% increase in May. Of that number, 155 are waiting to be transferred to various prisons statewide.

When the coronavirus outbreak began in March, Santa Rita's population was nearly 2,600.

Attorneys Kara Janssen and Jeffrey Bornstein wrote that they "remain concerned that introduction of the virus by staff is inevitable as the number of cases in the community rises," and they continue to urge the sheriff to "reduce the jail population, in order to make social distancing, modified programming, isolation, and quarantine easier."

In mid-September, there was another brief COVID-19 outbreak at the jail, where 17 inmates tested positive, as an example.

And the lawyers noted that Mike Brady, a jail facilities expert hired by their team as well as the sheriff, made a similar recommendation.

Janssen told KTVU that there is a myriad of reasons as to why the population is going up: Police are making more arrests, prosecutors are charging more crimes and the courts are moving at a "snail's pace" so that people are waiting in jail while their cases await adjudication. Also, the concept of "zero bail" only works if once. And now, eight months into the pandemic, a growing number of people are re-offending while out on zero bail, police data shows, which means they are not eligible for this program.

He conducted a spot check of the jail on Sept. 22 and found 99.9% of staff were wearing masks that day and most inmates were wearing masks when out of their cells. However, he noted one key exception: About 10 inmates in a particular dayroom in Housing Unit 6 were hanging out together without masks, and altogether, there were 25 people in the same room without proper social distancing.

In response, Gregory Thomas and Paul Mello, attorneys who are representing the Alameda County Sheriff's Office, responded that they are mindful of the disease and are therefore reacting "proactively to the global pandemic; its corrections-industry leading COVID-19 policies and procedures continue to mitigate the introduction and spread of COVID-19 at Santa Rita Jail."

Santa Rita has "robust testing policies," they argued, and a 14-day intake quarantine, where inmates are offered testing twice.

Both parties acknowledged, however, that there is a high refusal rate, up to as high as 97% for those in quarantine.

As of this week, the Sheriff's Office reported there were three positive inmate cases and six positive staff cases. No inmate has died of coronavirus, but one deputy has.

Brady noted the low virus infection rates, even as the jail population grows back to pre-COVID levels.

But he added: "I found a few lapses in enforcement that could very well result in an outbreak of the virus within the secure perimeter and result in the serious illness and/or death of staff and inmates if allowed to continue."