Authorities provide an update after recovering the bodies of three children and a woman from Vadnais Lake after a potential homicide.

VADNAIS HEIGHTS, Minn. (FOX 9) - The Ramsey County Sheriff's Office is investigating what detectives believe may be a triple murder-suicide in Maplewood and Vadnais Lake  involving a man, a woman and three children.

Multiple agencies searched the water Friday and Saturday for a woman and her three missing young children, including two boys and one girl. Police didn't release the exact ages of the children but said they were all under the age of 6.

Authorities say the father of the missing children was also found dead in Maplewood Friday morning. Police believe the incident between the death and the lake are related, according to Martin. The Maplewood Police Department is investigating the case.

"Our goal was to find the children and the mother and return them to their families. We're glad we were able to do that," Martin added.

Police say they are investigating this incident as a homicide. The medical examiner's office will release the victims' names and cause of death.

Authorities are at the scene of Vadnais Lake Friday evening, where multiple agencies have been spotted searching the water for victims of a possible triple homicide. 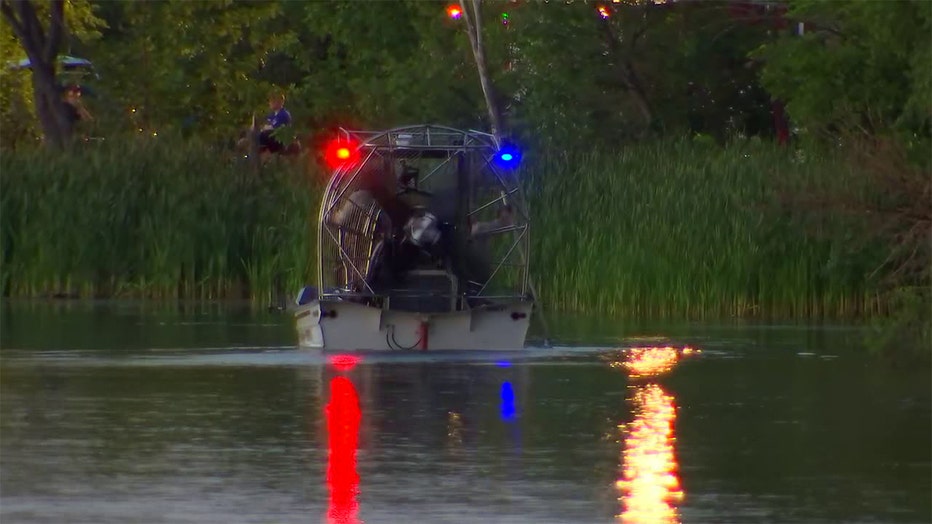 Authorities are at the scene of Vadnais Lake Friday evening, where multiple agencies have been spotted searching the water for three missing people.

Multiple agencies including the EMS dive team, Northstar Search and Rescue, Ramsey County Dive Team and others participated in the search.