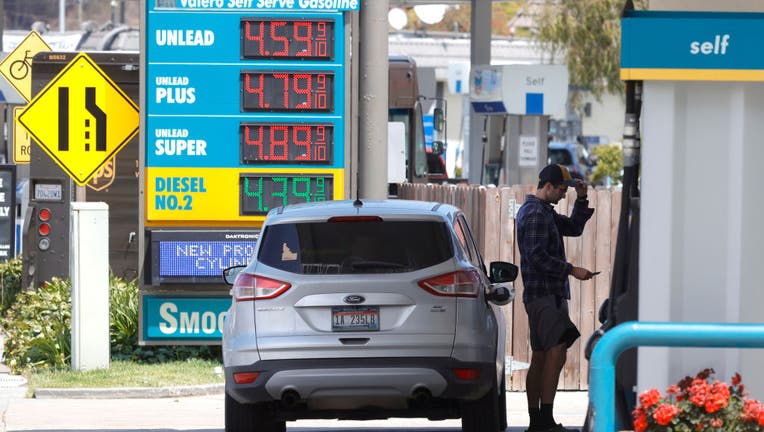 MILL VALLEY, CALIFORNIA - JULY 12: A customer prepares to pump gasoline into his car at a Valero station on July 12, 2021 in Mill Valley, California. The price of gasoline in the San Francisco Bay Area is the highest in the nation with an average pri

CAMARILLO, Calif. - The average U.S. price of regular-grade gasoline dropped 2 cents over the past two weeks, to $3.23 per gallon.

Industry analyst Trilby Lundberg of the Lundberg Survey said Sunday that it's the first decline in gas prices in nine months.

Nationwide, the highest average price for regular-grade gas is in the San Francisco Bay Area, at $4.49 per gallon. The lowest average is in Baton Rouge, Louisiana, at $2.70 per gallon.

According to the survey taken Friday, the average price of diesel was $3.33 a gallon, down just a fraction of a cent from weeks earlier.