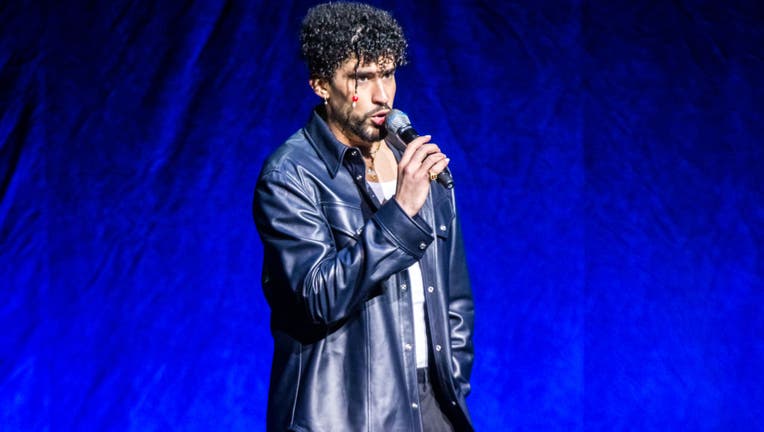 Sony Pictures said the movie will be released exclusively in theatres on Jan. 12, 2024.

The in-person announcement was made earlier this week at CinemaCon, which is the annual gathering of movie theater owners in Las Vegas, Nevada.

Known as Juan-Carlos Estrada Sánchez in the comic books, El Muerto is a wrestler who inherits his powers from his ancestors through his mask, which gives him superhuman strength. In the comics, El Muerto has gotten into the ring with Spider-Man himself.

Bad Bunny also said at the convention that he grew up being a fan of wrestling.

In fact, the 28-year-old singer made his gladiator debut last year at WWE's annual WrestleMania event in Tampa, Florida.

In July, his fans will be able to see him in "Bullet Train," a movie starring Brad Pitt and Sandra Bullock with a cast that includes Zazie Beetz, Aaron Taylor-Johnson and Joey King.

The action-comedy, directed by David Leitch and based on the Japanese novel "Maria Beetle" by Kōtarō Isaka, follows five assassins aboard a fast train who discover that their missions have something in common.