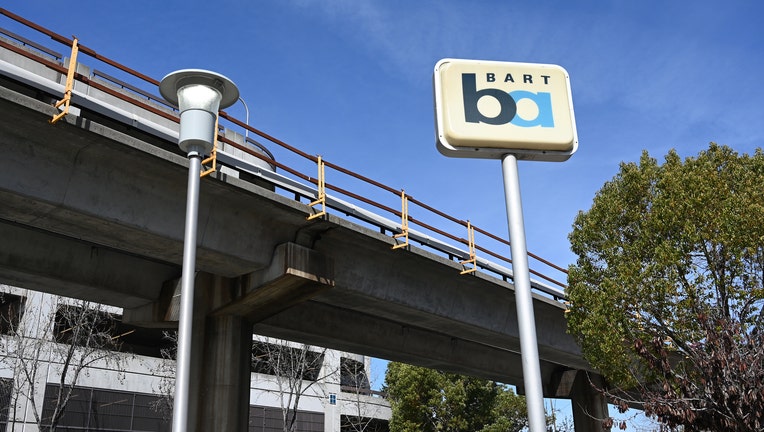 OAKLAND, Calif. - BART could face nine-figure budget deficits as soon as the 2023-2024 fiscal year without a significant increase in its operating revenue, the transit agency's budget officials said Thursday.

The concern, BART Financial Planning Director Michael Eiseman told the agency's Board of Directors, is that while ridership is currently ahead of projected totals through September, the Bay Area's slow return to offices could trickle down to a long-term loss of fare revenue for BART.

According to data from the Bay Area Council, office occupancy as of mid-October is only at roughly one-quarter of 2019 levels in both the San Francisco and San Jose metro areas.

Both totals trail Los Angeles, which sits at 33.1 percent and the Houston, Austin and Dallas metro areas, all of which hover around 50 percent.

Eiseman noted that BART's weekday ridership recovery has been closely aligned with Bay Area residents returning to their offices, as the agency is hovering between 25 and 30 percent of its pre-pandemic weekday ridership.

"The two stats have tracked very closely throughout the pandemic," he said, "which just underscores how important return-to-work timelines and extent is to our ridership future."

BART's current budget includes a widespread projected return to the office over the next six months, with a baseline expectation of 50 percent of pre-pandemic weekday ridership returning to the system by March.

Eiseman also shared data from the Bay Area Council showing that most employers in the region expect their employees to be in the office only three days per week once the pandemic subsides.

While BART still has hundreds of millions of dollars in federal pandemic relief funding available, Eiseman told the board that that funding is expected to be depleted by fiscal year 2023 or 2024, depending on the deficits the agency need to cover over the next two years.

Fare revenue is also not expected to account for two-thirds of BART's operating revenue as it did before the pandemic, leaving BART facing the task of creating an entirely new operating revenue stream as well as maximizing non-fare revenue like advertising and parking or exploring additional regional, state or federal subsidies.

Eiseman also noted that the agency's looming financial shortfalls are also unlikely to be assuaged by reducing service hours as the agency did during much of 2020.

"Because of the relatively high fixed costs and low marginal cost of operating rail service, combined with the importance of ridership recovery for our revenue, we don't believe that service cuts would improve our fiscal position in this environment," he said.

BART Budget Director Chris Simi acknowledged the same, saying that BART cannot "cut our way out of this."

"Without significant additional revenues, BART cannot continue to operate as it does now," Simi told the board.

Earlier this year, BART's budget officials suggested that ridership wouldn't even return to 80 percent of pre-pandemic levels until the end of the 2020s.

On Thursday, Simi said the agency's worst-case projections include the recovery of 65 percent of pre-pandemic ridership by 2026.

"This is a very sobering discussion," Board Director Liz Ames said. "I had a feeling this was going to happen last year."

Budget officials said in the coming fiscal years, they will work with the board to expand their budgetary planning window from one year to two.

While the board will still adopt an annual budget, Simi said the two-year financial planning window will make it easier for the transit agency to plan for the exhaustion of its federal relief funds.

The first such two-year planning window will be for the 2024 and 2025 fiscal years, according to BART budget officials.

"It is particularly relevant right now as a two-year expenditure planning window includes, in our (worst-case) scenario, the date we may be expending our final federal dollars," Simi said. "This approach allows us to mitigate the risk by addressing it earlier."