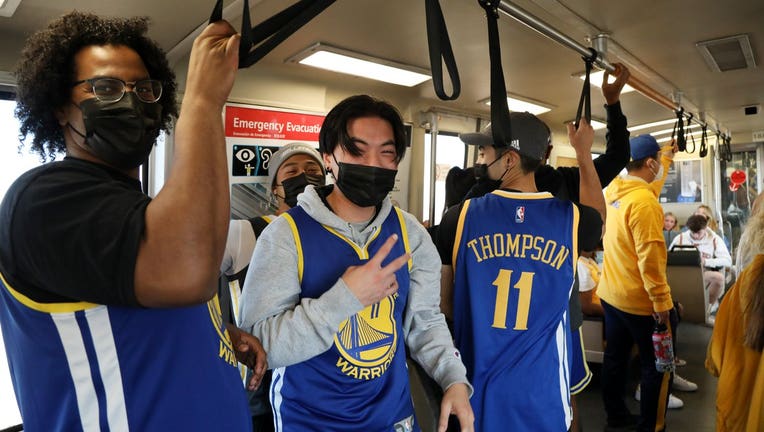 The transportation agency said it saw its highest ridership total since the beginning of the COVID pandemic in March 2020.

According to BART, 190,519 people rode its trains. Many riders were fans traveling to San Francisco for the Warriors NBA championship parade, with the team winning its fourth championship in eight years Thursday and taking to city streets to celebrate.

The Monday rider number, however, was likely even higher than recorded. Due to the increased station traffic and long lines to purchase Clipper cards, BART allowed many uncounted riders into the system as not to miss the parade.

The Warriors parade provided an economic boost to BART and for San Francisco's downtown area that has pretty much been a ghost-town since the beginning of the pandemic.

Hailing all the way from Sacramento for the parade, Isaac Siliga rode a Fleet of the Future train to Embarcadero Station.

"I’m so used to the older trains, but it’s all digital now," he said. "That’s pretty cool!"

"It feels like a sense of camaraderie the Bay Area hasn’t felt for a while," Le said.

"It’s a really useful tool with all the roads closed and traffic," Kumar said. "With BART, we can just be here."

"There’s lots of happiness, lots of celebration," Roper said. "People are having fun, and I’m here to support that."