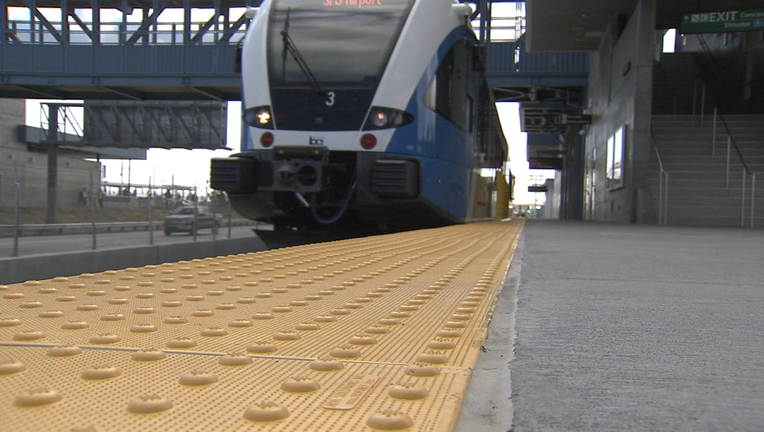 Transit district officials said that most changes involve "small tweaks," while others are more significant and that changes will involve all lines, particularly the first and last runs each day.

"Major improvements include the return of two-line service into San Francisco on Sunday, the addition of Fleet of the Future trains on Saturday, earlier weekday train service for many riders, increased peak service for Concord riders in the morning and evening, and later evening direct service from San Francisco into Warm Springs," BART said in a news release.

Trains that originated or turned back at Pleasant Hill during weekday morning peak periods will now do the same at the Concord station, which will allow the line to serve more riders by giving them the option of going to Concord said, BART said.

"Pleasant Hill will still be served by the same number of trains in the morning, but many of them will no longer originate at the station," the district said. Three trains will originate at Pleasant Hill at 6 a.m.

Some evening commute trains will also end at Concord instead of Pleasant Hill, which will be reflected on the platform destination signs.

Service from Richmond to Warm Springs will start at 5:04 a.m., -17 minutes earlier than before.

Evening direct service from Daly City to Warm Springs will be extended with an added train departing at 7:12 p.m.

The morning peak 9:12 a.m. Antioch/SFO train from MacArthur to Daly City is being eliminated to allow the Concord turnback trains to serve more riders.

BART says its evening schedule is being adjusted to better accommodate single-tracking in the Transbay Tube.

On Saturdays more Fleet of the Future trains are being added, with two each on the Antioch/SFO, Dublin/Pleasanton, and Richmond/Millbrae lines, and four on the Warm Springs/Daly City line.

The first northbound Warm Springs/Richmond train on Saturday will be at 5:52 a.m. at Bay Fair instead 6 a.m. at the Coliseum station.

The first Saturday train westbound Dublin/Pleasanton to Daly City train will be at 5:58 a.m. at Bay Fair instead of 6 a.m. at the Coliseum.

Sundays will see the return of two-line service to San Francisco.

Dublin/Pleasanton line trains will terminate at Montgomery or Daly City depending on the time of day and whether there is single tracking. Riders on that line going will transfer to an Antioch/SFO train at Montgomery Street.

The Warm Springs/Daly City and Richmond/Millbrae trips to San Francisco on Sunday are being eliminated to allow the return of Dublin/Pleasanton service to San Francisco.

Headways on Sundays will be every 24 minutes on all lines, four minutes longer than the current schedule, which BART believes "will provide greater predictability and resilience in the event of a service delay."

Sunday trips to Millbrae will not require a transfer at SFO.

The first northbound train on Sunday is Dublin/Pleasanton, which will leave the 24th Street/Mission station at 7:50 a.m., and Civic Center at 7:54 a.m., 10 minutes earlier than before.

The first northbound train on the Warm Springs/Richmond line will leave South Hayward at 7:54 a.m. and arrive at the Coliseum station at 8:10 a.m.

BART says the updated schedule will be available on its online Trip Planner before the changes start.