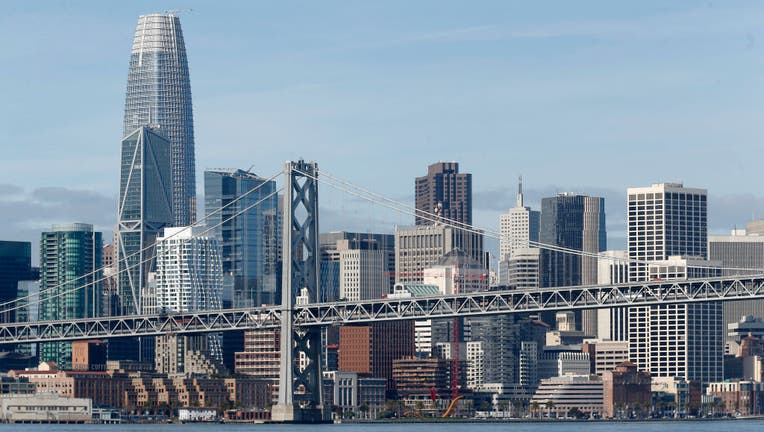 The Bay Bridge and the San Francisco skyline including the Salesforce Tower are seen in this view from the bay on Monday, March 9, 2020. (Jane Tyska/Digital First Media/East Bay Times via Getty Images)

OAKLAND, Calif. - The Bay Area boasts some of the country's best views, architecture, and wine of course. The region is also home to some of the nation's most educated, according to a new study.

A study conducted by WalletHub found the county's most educated cities, and two metropolitan areas in the Bay Area hold top spots. San Jose-Sunnyvale-Santa Clara metropolitan was ranked second, behind Ann Arbor, MI which is seated in No. 1 spot. And the San Francisco-Oakland-Berkeley metro area took the fourth slot.

Researchers compared the 150 largest metro areas across 11 key metrics. Those factors included the number of adults with bachelor’s degrees or higher, the quality of public schools, and the gender education gap.

In previous years those two Bay Area regions were ranked among the most educated in the nation. The Silicon Valley area was seated in the No.2 spot in 2020, while San Francisco-Oakland-Berkeley was in fifth place.