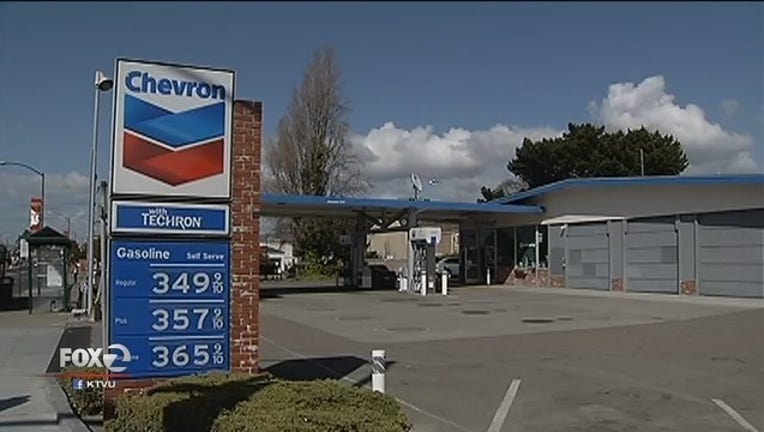 (KTVU and BCN) -- Gas prices in the Bay Area have dropped by 30 cents in the last month to an average of just $3.11 per gallon of unleaded gasoline, according

to the American Automobile Association.

prices are currently in Concord at $3.00 per gallon, according to AAA.

Those prices are all well above the national average of $2.39. The

average for Northern California is currently $3.05 and the statewide average

Gas prices remain heavily influenced by the global market for

summer's peak driving season. The price-drop so far can be partly attributed

to the resolution of refinery issues, according to AAA.