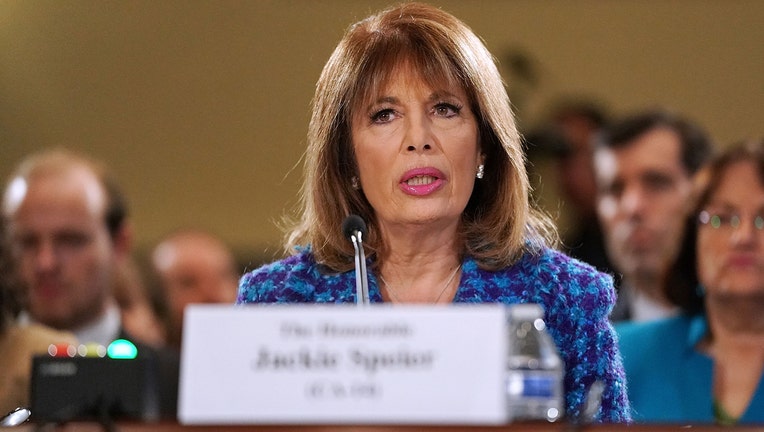 Representing California’s 14th District, which includes San Francisco and the Peninsula, Speier, the chair of the House Armed Services Military Personnel Subcommittee and who sits on a prominent House intelligence committee, issued a statement Friday, calling for a classified briefing from the Biden administration on the airstrikes.

"We will always defend our forces from attack, but military operations must be conducted in coordination with Congress," Speier wrote. She emphasized that use of force "must always be a last resort" and that Congress as an equal branch of government with the power to declare war, must be consulted before such a decision is made.

The airstrikes, where two Air Force F-15E aircraft launched missiles that destroyed nine facilities and heavily damaged others, were in retaliation for a rocket attack in Iraq earlier this month. According to the Pentagon, the Iranian-backed militia attacks against U.S. bases killed a civilian contractor and several U.S. service members.

"It is difficult to assess whether the Administration’s response is proportional given that Congress was not privy to the underlying intelligence or military options considered in this case."
With barely a month in office, several leading Congress members in Biden's own party denounced the strikes, which were the first military actions he authorized.

CNBC reports Sen. Tim Kaine, D-Va., also called for a briefing on the decision, noting that without congressional approval, such military action is unconstitutional unless there are extraordinary circumstances involved. The outlet reports House Speaker Nancy Pelosi’s office was notified before the airstrikes.

The Pentagon said on Friday two Airforce planes launched seven laser-guided, 500 pound bombs on Thursday. Nine facilities were destroyed and two others damaged in the retaliatory move against an Iran-backed militia.

Oakland’s Rep. Barbra Lee, D-Ca., who has long been a staunch critic of unauthorized military action, used the latest airstrikes as an opportunity to call for a return to The Joint Comprehensive Plan of Action (JCPOA), also known as the Iran Nuclear Deal. She essentially called the Authorization for Use of Military Force outdated, called for their repeal, and likened it to "blank checks for endless wars."

Republicans have been more supportive of the president’s military actions.

Biden said Friday that Iran should view his decision to authorize U.S. airstrikes in Syria as a warning that it can expect consequences for its support of militia groups that threaten U.S. interests or personnel.