Benicia crews are assessing damage after a 4-alarm port fire

BENICIA, Calif. - The Benicia Port Fire has been formally extinguished and now, one of the big questions is what will happen with companies that use that dock? Some worry that gas production could be impacted as the burned dock sits next to the Valero refinery.

Officials had worried it would burn for days.

The Solano County Fire Investigation Unit is currently working to determine the cause and origin of the fire.

Benicia authorities said they will work closely with Valero and Amports to help evaluate the integrity of the port, determine operational capacity and make preparations for repairs and reconstruction.

Benicia Fire Chief Josh Chadwick said when crews arrived, the fire was burning up a conveyer belt towards a docked tanker ship.

Michael Gaugh, who works nearby, said he saw the fire "dripping down flames."

Chadwick explained that the initial fire started at the base of the silos and the surrounding vegetation and on the conveyor were extinguished quickly.

But a portion of the fire continued on the underside of the pier structure, which is constructed of large creosote-coated timber covered by thick asphalt road surface.

Fire crews – from as far away as Redwood City – worked through Saturday night to contain the fire.

No one was injured in the four-alarm blaze.

But Chadwick said that crews were worried about the air quality.

"The smoke emitting from the fire contained particulate matter and the potential of toxicity from chemicals," Chadwick said.

Crews said they were fortunate in that the wind kept blowing from the west, which means the smoke blew towards the water and dissipated before it hit populated areas.

Solano County Environmental Health staff were on scene all day Sunday performing mobile air monitoring, at no time did they register harmful readings.

Benicia officials said they also coordinated with California Fish and Wildlife and the U.S. Coast Guard to determine any environmental impacts.

The U.S. Coast Guard advised that boaters slow down in the channel because there is debris in the water. On Monday, a 3,000-foot boom will be deployed to help capture debris. 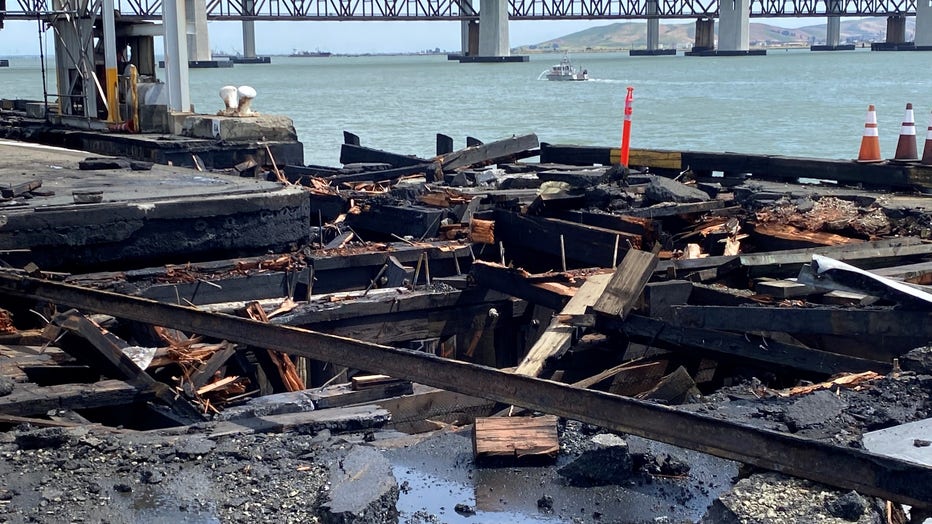 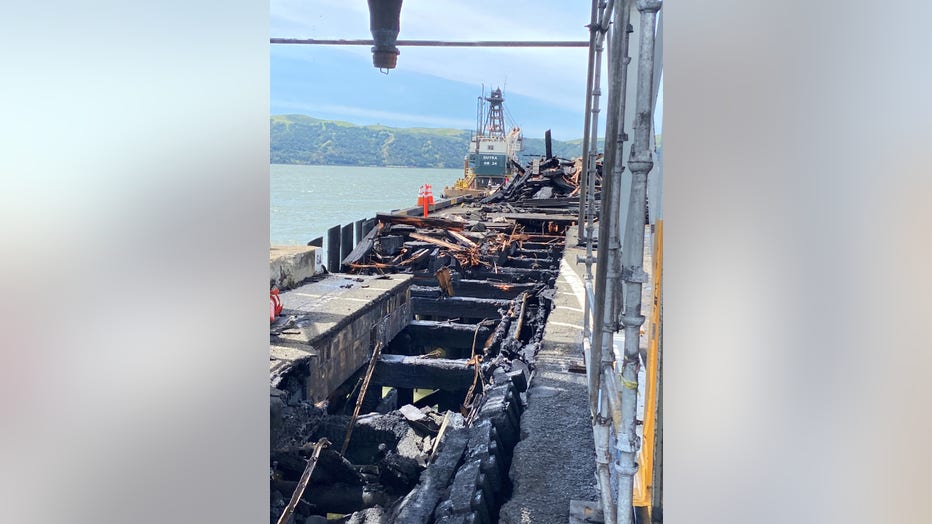