Children’s author Beverly Cleary, the writer behind the popular characters Ramona Quimby and Henry Huggins, has died. She was 104.

NEW YORK - Beverly Cleary, a beloved children’s book author who brought characters like Henry Huggins, Ramona and Beezus Quimby to life, has died. She was 104.

HarperCollins Children’s Books confirmed the news Friday in a statement. Cleary died Thursday in Carmel, California, where she’d lived since the 1960s. No cause of death was given.

Trained as a librarian, Cleary didn’t start writing books until her early 30s when she wrote "Henry Huggins," published in 1950. She went on to publish more than 40 books, becoming "beloved by generations of children," the publisher said.

Children worldwide came to love the adventures of Huggins and neighbors Ellen Tebbits, Otis Spofford, Beatrice "Beezus" Quimby and her younger sister, Ramona. They inhabit a down-home, wholesome setting on Klickitat Street — a real street in Portland, Oregon, the city where Cleary spent much of her youth. 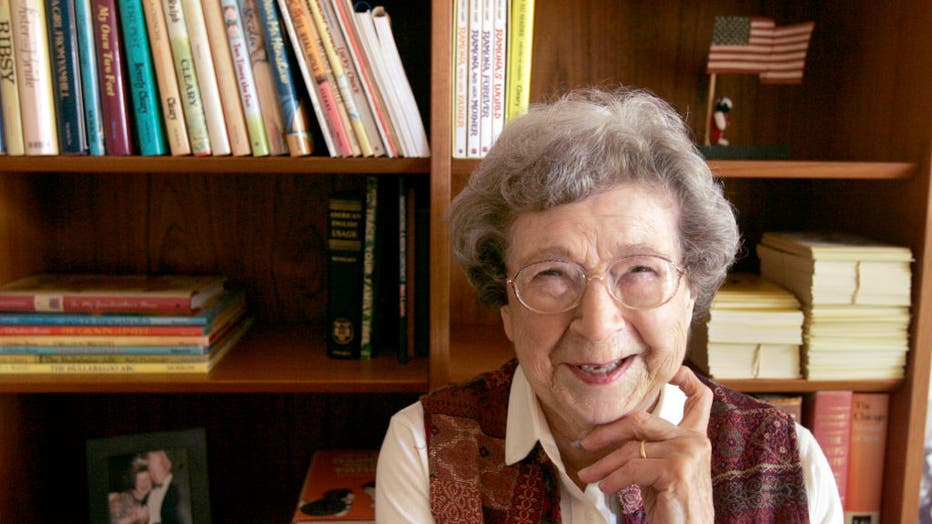 FILE - Beverly Cleary, the author of children’s books as the Ramona series, the Ralph S. Mouse series and the Henry Huggings series, is pictured in a file image. (Photo By Christina Koci Hernandez/San Francisco Chronicle by Getty Images)

Among the "Henry" titles were "Henry and Ribsy," "Henry and the Paper Route" and "Henry and Beezus."

Ramona, perhaps her best-known character, made her debut in "Henry Huggins" with only a brief mention.

"All the children appeared to be only children so I tossed in a little sister and she didn’t go away. She kept appearing in every book," she said in a March 2016 telephone interview from her California home.

Cleary herself was an only child and said the character wasn’t a mirror.

"I was a well-behaved little girl, not that I wanted to be," she said. "At the age of Ramona, in those days, children played outside. We played hopscotch and jump rope and I loved them and always had scraped knees."

Cleary wasn’t writing recently because she said she felt "it’s important for writers to know when to quit."

"I even got rid of my typewriter. It was a nice one but I hate to type. When I started writing I found that I was thinking more about my typing than what I was going to say, so I wrote it long hand," she said in March 2016.

Although she put away her pen, Cleary re-released three of her most cherished books with three famous fans writing forewords for the new editions.

Actress Amy Poehler penned the front section of "Ramona Quimby, Age 8;" author Kate DiCamillo wrote the opening for "The Mouse and the Motorcycle;" and author Judy Blume wrote the foreword for "Henry Huggins."

"We are saddened by the passing of Beverly Cleary, one of the most beloved children’s authors of all time. Looking back, she’d often say, ‘I’ve had a lucky life,’ and generations of children count themselves lucky too—lucky to have the very real characters Beverly Cleary created, including Henry Huggins, Ramona and Beezus Quimby, and Ralph S. Mouse, as true friends who helped shape their growing-up years," Suzanne Murphy, president and publisher of HarperCollins Children’s Books, said in a statement.

"We at HarperCollins also feel extremely lucky to have worked with Beverly Cleary and to have enjoyed her sparkling wit. Her timeless books are an affirmation of her everlasting connection to the pleasures, challenges, and triumphs that are part of every childhood," Murphy added.