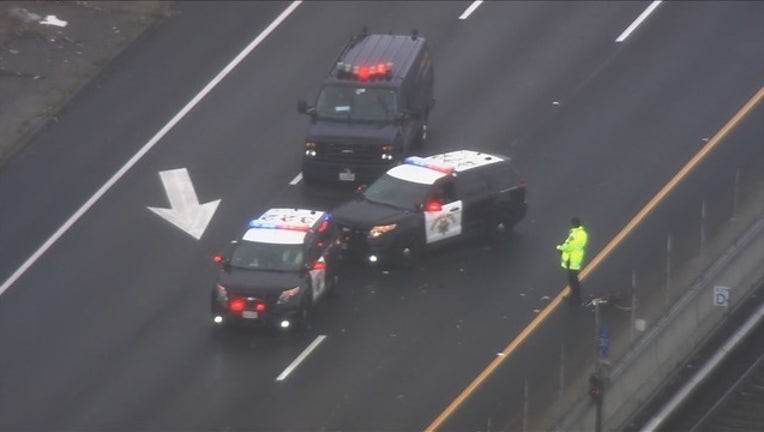 A bicyclist was killed on a Hwy 24 off-ramp in Oakland.

OAKLAND, Calif. (BCN) - A bicyclist killed while riding into eastbound traffic on state Highway 24 in Oakland on Wednesday afternoon has been identified as 83-year-old Youxing Zhang, according to the Alameda County coroner's bureau.

The California Highway Patrol was notified of a bicyclist on the right shoulder of Highway 24 near Martin Luther King Jr. Way around 3:15 p.m.

Officers responded to the scene but Zhang reportedly rode out into traffic, where he was struck by a Toyota Prius in the No. 2 lane, according to the CHP.

Investigators say the driver didn't have time to react and struck Zhang at roughly 60 mph.

The driver was not injured, officers said.

Another fatal collision occurred on an Oakland freeway later Wednesday night when a vehicle rolled over on westbound Interstate Highway 80 around 10:40 p.m.

Emergency crews found it on the left-hand shoulder of the roadway west of Powell Street.

Three people were seriously injured and one was pronounced dead at the scene.

That person's identity is being withheld pending notification of next of kin, according to the coroner's bureau.