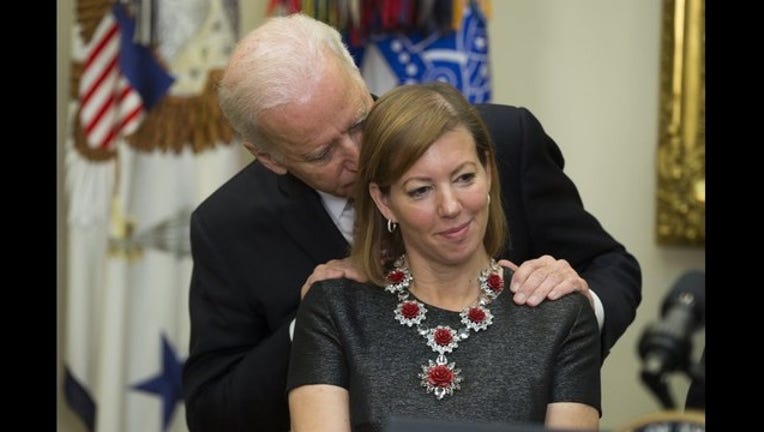 What began as a routine swearing-in ceremony for new Defense Secretary Ashton Carter on Tuesday morphed into a social media celebration when Biden awkwardly placed his hands upon Carter's wife, Stephanie.

As Carter began speaking, Biden beckoned Stephanie Carter from across the room, then put both hands on her shoulders. They lingered there for roughly 20 seconds until Biden leaned in and whispered in her ear.

Soon after, Ashton Carter reached over to place his right hand on Stephanie's shoulder.

Then, a few hours later, Biden was discussing Minneapolis' large Somali community and noted his hometown of Wilmington, Delaware, also has a large Somali presence. Biden said he has great relations with them "because an awful lot of them are driving cabs."

Both incidents sparked prompt and voluminous reactions on social media.

Report via FOX NEWS. The Associated Press contributed to this report.