Biden, who held a White House ceremony for the signing, said each piece of bipartisan legislation shares the goal "of helping law enforcement officers and first responders be the protectors and the partners our communities need."

The first bill signed, called the "Confidentiality Opportunities for Peer Support (COPS) Counseling Act," aims to encourage the adoption of law enforcement peer counseling programs across the U.S. and protect the privacy of federal officers as they seek mental health support.

"Often a lot of people come home without any physical wounds but come home with a lot of post-traumatic stress," Biden said, noting the emotional trauma of responding to homicide scenes and child abuse cases. "We need to help them recover from these invisible wounds." 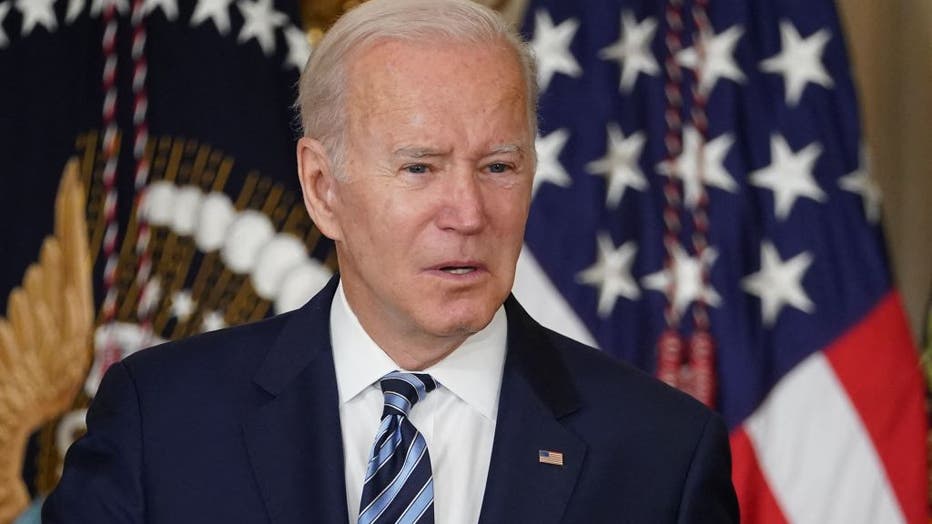 President Joe Biden speaks during a signing ceremony for S. 1511, the Protecting Americas First Responders Act of 2021, S. 1502, the Confidentiality Opportunities for Peer Support Counseling Act or the COPS Counseling Act, and S. 921, the Jaime Zapat

The COPS bill, authored by Grassley and Democratic Sen. Catherine Cortez Masto of Nevada, would provide confidentiality to federal law enforcement officers who use peer counseling services, while excepting admissions of criminal conduct or threats of serious physical harm. It would also encourage first responder agencies to adopt peer counseling programs by requiring the DOJ to make best practices publicly available on its website and to provide a list of training programs for individuals to become peer support mentors.

A statement from Masto’s office noted that 73% of law enforcement officer respondents of a recent survey said peer support programs were the most helpful mental health resource. But the survey also found that confidentiality concerns prevented many officers from accessing peer support teams.

Another piece of legislation Biden signed into law, "Protecting America’s First Responders Act of 2021," was unanimously passed in the Senate and led by Republican Sen. Chuck Grassley of Iowa and Democratic Sen. Kirsten Gillibrand of New York. It aims to better ensure that law enforcement and first responders who are disabled in the line of duty have prompt access to benefits.

Under the current program, disability or death benefits are provided in the form of a one-time lump-sum payment, which is adjusted yearly based on the consumer price index, according to a statement from Grassley’s office. Benefits may also be issued to a surviving spouse or children in the form of monthly education assistance.

The new legislation requires the benefit award amount to be based on the date of the adjudication, rather than the date of the injury, to account for increases in the cost of living that may occur during lengthy processing periods.

It was co-sponsored by more than a dozen Republican and Democratic senators.

The final piece of legislation Biden signed into law, the "Jaime Zapata and Victor Avila Federal Officers and Employees Protection Act," aims to ensure individuals who have killed or attempted to kill U.S. federal officers and employees serving abroad can be brought to justice and prosecuted in the U.S.

The bill is named for U.S. Immigrations and Customs Enforcement (ICE) Special Agents Jaime Zapata and Victor Avila, who were attacked by Mexican drug cartels in San Luis Potosi, Mexico on Feb. 15, 2011.

Zapata died from his injuries, and although his murderers were apprehended, a federal appeals court in 2020 dismissed the murder convictions on the basis that the district court did not have jurisdiction over the crimes committed.

"It was overturned because the law didn’t make clear that the Department of Justice can prosecute anyone that kills or attempts to kill a federal law enforcement officer outside of the United States," Biden said. "This bill is going to protect agents serving abroad, and send a message to drug cartels, terrorists and criminals wherever they operate, that if you attack our agents, you will not escape our justice."

The legislation was led by Sens. John Cornyn, R-Texas, and Chris Coons, D-Del., and also co-sponsored by four other Democratic and Republican senators.