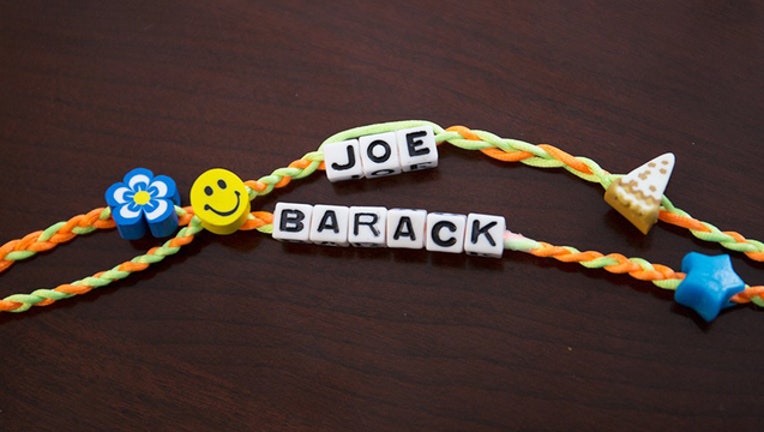 Biden's Twitter accounted tweeted a photo of two friendship bracelets. One reads: "Joe" and the other "Barack."

The bracelets were originally featured in a humorous BuzzFeed video called 5 Things That Are Harder Than Registering To Vote, Featuring President Obama. In the video, Obama is shown struggling to make those friendship bracelets.

While they started as rivals during the 2008 presidential election, Obama and Biden have fostered a public image of deep friendship since becoming running mates and taking office. Obama gave the eulogy at the funeral for Biden's son Beau, who died of brain cancer in 2015. "Joe, you are my brother," the president said in the eulogy, looking directly at Biden. "And I'm grateful every day that you’ve got such a big heart, and a big soul, and those broad shoulders."