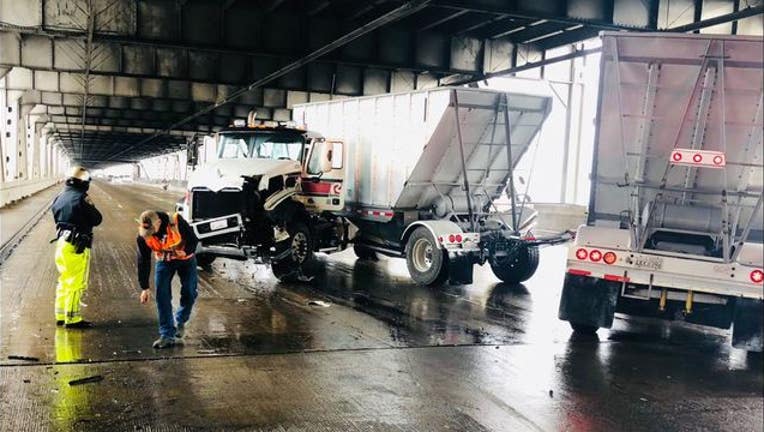 SAN FRANCISCO (KTVU) - A crash Wednesday morning involving a big-rig on Interstate Highway 80 in San Francisco just before the Bay Bridge has closed at least two of the highway's eastbound lanes, according to the California Highway Patrol.

The crash was first reported on eastbound Highway 80 just east of The Embarcadero around 11:30 a.m.

CHP officers are working to clear the scene of the crash, according to Williams.