The Microsoft founder sent the woman 81 pounds worth of gifts and also made a special donation to The American Heart Association in honor of the Redditor's late mother.

DETROIT, Mich. - One Reddit user got the ultimate Christmas surprise this year when she discovered that billionaire Bill Gates was her Secret Santa — and he sent her 81 pounds worth of gifts, on top of making a special donation to the American Heart Association to honor the memory of the Redditor’s late mother.

The Reddit user (u/szor) got paired with Gates during what was her 95th time participating in a gift exchange through RedditGifts — a Reddit sub-community where users can participate in gift exchanges, such as the classic Secret Santa.

“Bill Gates, you are a blessing,” the Reddit user wrote in a post about the experience after she had opened up all her gifts. “This year has been a complete rollercoaster of emotions for me; in March, I lost my mother completely unexpectedly only 10 days before my destination wedding. It has been hard to drum up holiday spirit this year, and this has been a taser of Christmas cheer.”

Finding out that Gates was her Secret Santa helped restore a bit of the magic of the holiday season. 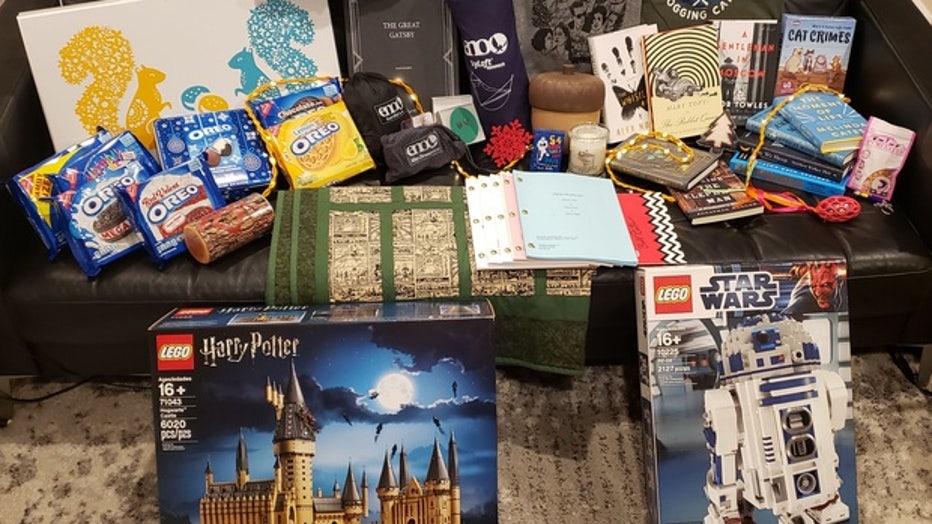 “I have felt like I’ve been on another planet the past few days and I still cannot believe how lucky/cool/honored/all the adjectives I am to have had someone craft such a special and personal set of gifts just for little ol’ me,” the user wrote.

The Microsoft founder adds his name to the mix each year for the RedditGifts Secret Santa exchange, and many users wait eagerly each year to see which lucky Redditor gets paired with Gates, who famously sends well-thought out and personalized gifts. 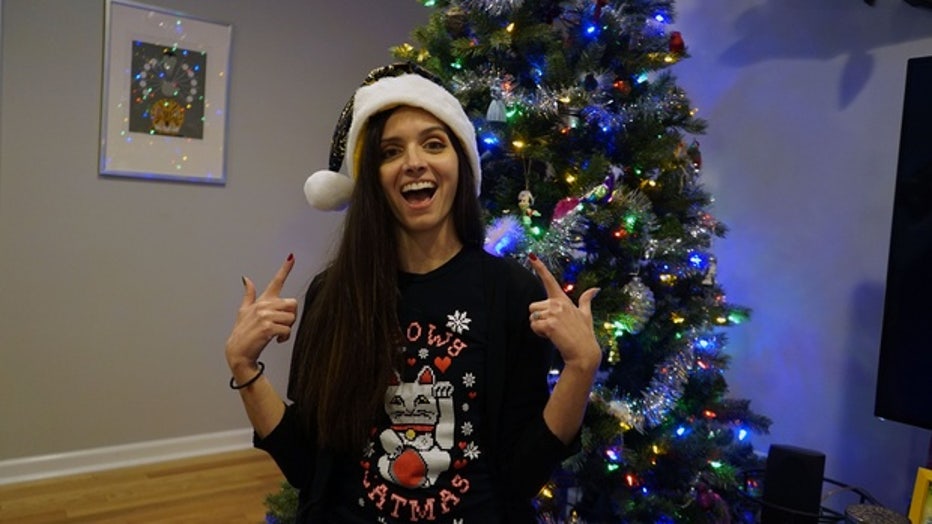 This year, the lucky woman who was Gates’ giftee — a Detroit-area woman who identified herself to MarketWatch as simply “Shelby” — noticed almost immediately that the gift she received through the exchange was special.

In a post about the experience, she wrote that the first hint of something unusual came on the night of Dec. 17, when she got an email alert as she was getting ready for bed that her RedditGifts Secret Santa package shipped.

“I also noticed that it was being shipped from Washington state, and as a seasoned RedditGifter, I remark to my husband, ‘Huh, wouldn’t it be something if my Santa was Bill Gates? LOLOLOLOL!’ Cue bedtime,” Shelby wrote.

She went on to explain that the next morning was the day of her office holiday party at work and that she expected a pretty relaxed day — that is, until she noticed something odd in the shipping information.“I check the shipping page to make sure the package is still on track, and something curious catches my eye - 81 pounds,” Shelby wrote. “81 POUNDS. 81. POUNDS. MY PACKAGE IS BEING OVERNIGHTED ACROSS 8 SHIPMENT ZONES AND IT WEIGHS 81 POUNDS.”

“This is when it hits me that this is something truly special,” she added.She realized she wouldn’t be at home to sign for the package and called FedEx to have them hold it for pickup.

Redditor szor takes a peak inside the giant box filled with gifts from Bill Gates at a FedEx location. "The FedEx employees are jazzed," she wrote. (Courtesy of: u/szor via Reddit)

“After the party, I rip to FedEx,” Shelby wrote. “Upon giving the clerk my tracking number, he shouts, ‘OH MY GOD! You’re the BILL GATES package!!!!!! We’ve been waiting for you all day. Is this really from Bill Gates, or is it a hoax? Grab a cart because you’re going to need it.’ OMG OMG OMG, WHAT,” she continued.

The package was so huge that it wouldn’t fit into Shelby’s Ford Mustang, so she called her husband to swing by with his car to see if it would fit — it didn’t. After having to unwrap the outer packaging a bit to fit all the gifts in her car, Shelby took them home and proceeded to freak out with glee.

Shelby — who notes in her Reddit bio that “R2D2 is my spirit robot” and that, “a true Ravenclaw, I am a big fan of puzzles of all sorts” — discovered a plethora of items that were all nods to her favorite movies, books and assorted other pop culture phenomena.

The gifts included a Harry Potter Santa hat; a handmade quilt featuring imagery from Nintendo’s iconic video game “Legend of Zelda”; Hylian shield earrings (also a nod to Zelda); eight hardcover books; an assortment of candies and Oreo cookies; toys for Shelby’s cat; a hammock with a bug net; a cat-themed logic book; a ton of “Twin Peaks” memorabilia; and two adult-level LEGO sets: one of a micro-scale Hogwarts and another of retired droid R2D2 from “Star Wars.” 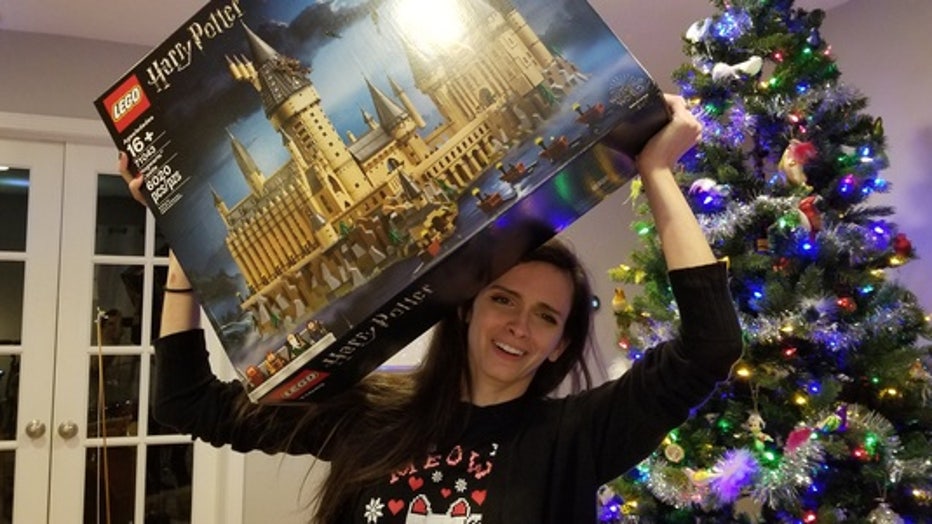 Szor holding up the adult-level LEGO set based on the Hogwarts campus. (Courtesy of: u/szor via Reddit)

Shelby noted that she had previously already bought both LEGO sets for herself, writing, “Truth be told, I had previously splurged on both of these sets already; you must have gotten a perfect read on my interests so color me impressed!”

Gates also included an “extremely fancy” (as Shelby described it) manuscript copy of The Great Gatsby featuring scans of author F. Scott Fitzgerald’s handwritten notes from when he wrote the novel.

szor captioned this photo: "OMG. This gift made me cry. The Great Gatsby is my all-time favorite book (I even have a Gatsby tattoo). I am a huge paper geek and this manuscript book is f.a.n.c.y. I don't know how it can possibly live on my bookshelves with my paperbacks... it's in another stratosphere of COOL!!!!!!!! I'm so excited to learn that Bill is a Gatsby superfan, too! OMG YES." (Courtesy of: u/szor via Reddit)

She filmed the unboxing of her gifts in a couple of videos that she uploaded to YouTube.

“Your donation to The American Heart Association in my mom’s memory is the most special gift of all,” Shelby wrote. “It means more to me than I can express.”