The Boeing 747 landed back at SFO without incident.

The plane was observed dumping fuel as it circled over the Pacific Ocean for about an hour before returning to SFO.

The flight departed at 1:39pm and was headed for Taiwan Taoyuan International Airport. 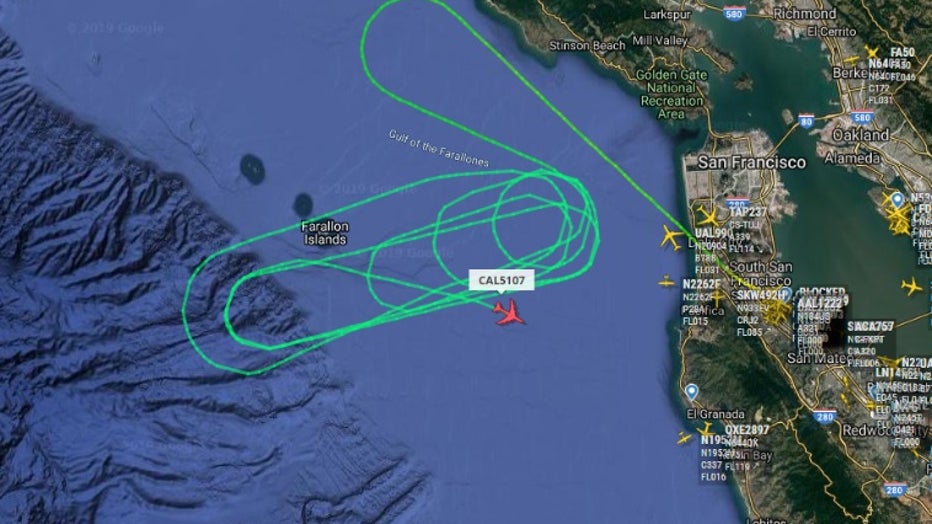