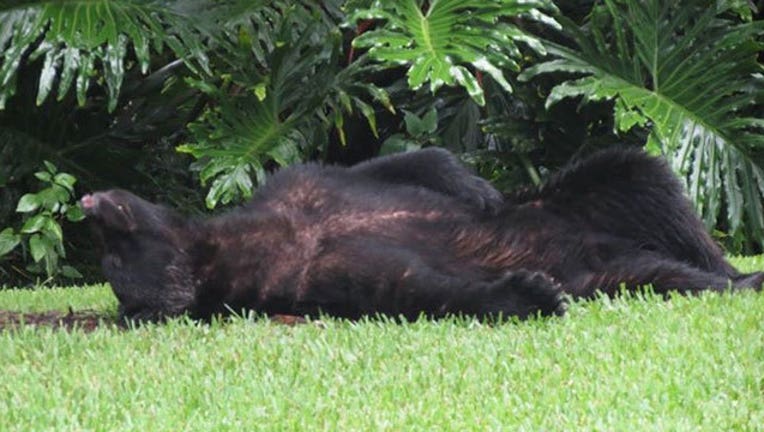 (My Fox Orlando) -- A big black bear was found sleeping in the backyard of a Lake Mary home.

The man who spotted it snapped some now viral photos.

Bob Cross works day and night with animals and owns Critter Capture which is an animal trapping company.

“It was just relaxing, just chilling, taking it all in, kinda looked like he was on the couch watching football,” said Cross.

Cross’ next door neighbor called him about the lazy bear and she thinks she knows what made him so sleepy.

A large bag of dog food he stole from the open garage.

Cross, a retired firefighter, posted the pictures on Facebook and got tons of likes.

Cross says after an hour, the 500 pound bear got up and waddled off.