Black Friday: Our brains are wired to love deals

The reward of snagging a great deal can trigger the release of feel-good chemicals in our brains, and this sets us up to overspend.

CLEVELAND - Black Friday is predicted to lure 36 percent of American consumers into making purchases this year, and it turns out those door-buster deals are playing into the way our brains are wired.

The reward of snagging a great deal can trigger the release of feel-good chemicals in our brains, setting us up to spend more than we planned and, often times, more than we can afford.

“There’s part of us, if the pleasure center’s lighting up, that tells us, ‘I’m getting what I want; this feels good; I like it,’ – and so we delude ourselves that we can afford it, that it’s okay, and that it’s a great deal,” said Cleveland Clinic’s Joseph Rock, Psy.D.

Rock suggests taking a step back and thinking things through because our brains are biologically wired to make actions automatic, such as driving a car.But this natural tendency toward automation gets tricky when it comes to shopping. When shopping becomes automatic, the brain lights up and releases feel-good chemicals each time a purchase is made, and the logical part of the brain has to play catch up — after the transaction is already over.

It’s also easy to succumb to “participation bias,” according to Rock.

By going shopping on Black Friday with the intent to buy things, the part of the brain that controls mindfulness can get overpowered, and people often buy more. 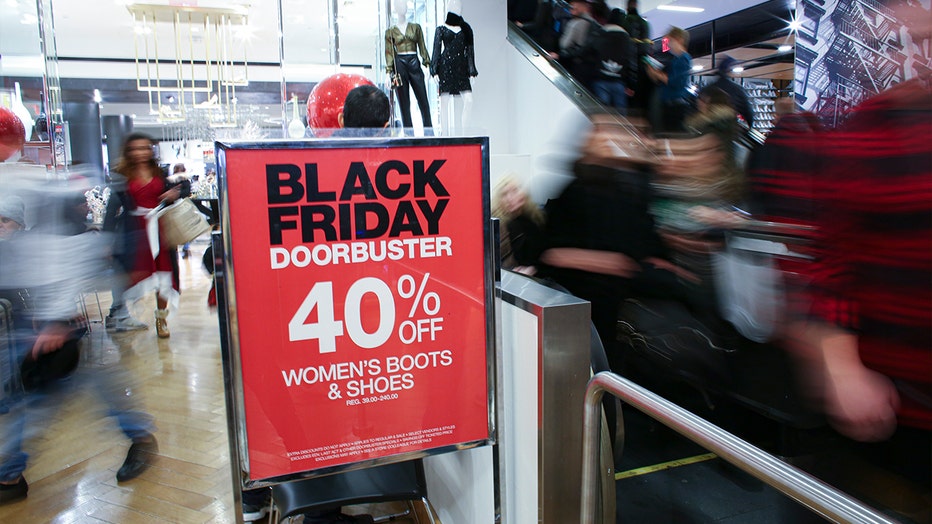 “If you know you have a spending problem, and a lot of people are reluctant to admit that, then it’s a good idea to not go on the site, not walk into the store, and even research shows that it’s not a good idea to go to the store with a friend, because you’re more likely to spend,” Rock said. “People think the other person will hold them back, but as it turns out, usually they encourage you to spend.”

For those who are looking to hit the sales with restraint, Rock suggests setting a budget ahead of time and taking only cash so that you can’t impulsively blow past it.

And while shopping with a friend can be dangerous, Rock said that shopping with someone who you know will hold you accountable to your budget can help you keep spending on track.

“I think it’s a good idea to check-in with somebody close to you – whether you have a spending problem or not,” he said. “We all have pleasure centers in our brain – it does feel good to shop – but having someone to run things by before making an expensive purchase is a great idea.”