The family claims they have been kept in frigid, squalid conditions that have left the infant with blotchy skin and a possible eye infection, according to a sworn statement from the family.

LEESPORT, Penn. - A British family says they have been “traumatized” by detention conditions after they accidentally crossed the United States-Canada border into the state of Washington during a family vacation and were promptly arrested by U.S. authorities before being moved to a detention facility.

The family claims they have been kept in frigid, squalid conditions that have left the infant with blotchy skin and a possible eye infection, according to the family’s lawyer.

David Connors, 30, his wife Eileen, 24, and their 3-month-old baby were visiting Canada on holiday when they swerved onto a small road to avoid hitting an animal and ended up accidentally crossing into the state of Washington on Oct. 3.

A U.S. Border Patrol agent quickly pulled them over, declared they had "crossed an international border" and took them into custody, Connors said. She said the family asked to turn around and go back, but the officer refused.

"This is how the scariest experience of our entire lives started," Connors wrote.

According to a sworn statement from the family, the police who apprehended the family did not read them their rights or allow them to speak with their embassy.

Bridget Cambria, an attorney with Aldea – the People’s Justice Center, filed a complaint with the U.S. Department of Homeland Security on the family’s behalf.

They were then separated — David was taken to an all-male cell, while Eileen was taken to a women’s cell with their infant son. Eileen wrote in her statement that they were given thin, Mylar blankets for the night and struggled to keep warm as they slept on the floor.

“The memory of our little baby having to sleep on a dirty floor of a cell will haunt us forever,” Eileen wrote in her statement.

The next night, David was moved to a detention center in Tacoma, Washington, while Eileen and their infant son were taken to a budget hotel for the night.

When they were driven to the airport the next morning, the family hoped that they were going to be taken back to Canada or the U.K., but instead they were transported to the Berks Family Residential Center in Leesport, Pennsylvania, on Oct. 5, where they have been held since in conditions which they say have left them traumatized. 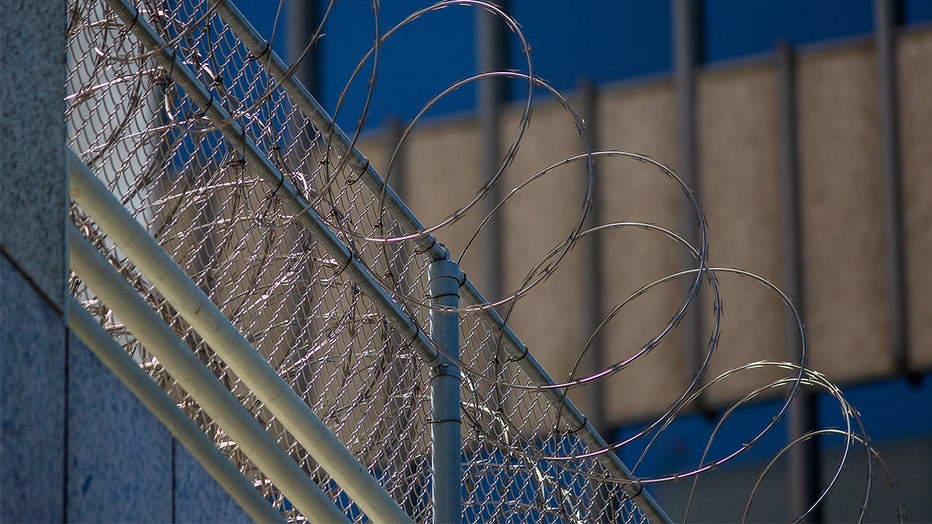 FILE: Razor wire is seen atop a wall at a federal immigration detention center. A British family being held in detention facilities in Pennsylvania say the experience has left them traumatized. (Photo by David McNew/Getty Images)

In her statement, Eileen alleged that she and her infant son are woken every 15 minutes at night as detention center staff perform checks, shining a flashlight into the room. She said she startles awake each time because “I feel like someone is going to take my baby.”

Connors further alleges that her baby’s clothes and blankets were taken upon arrival at the facility, and she has had to attempt to wash her son while sitting on a sofa because the facility only offered her a filthy baby bathtub. Eileen alleged that the bathrooms are dirty and broken and the blankets provided to her smelled “like a dead dog,” according to the Philadelphia Inquirer’s report.

“We have been treated like criminals here, stripped of our rights, and lied to,” Eileen wrote in her statement.

Berks Family Residential Center is one of only three immigration detention centers in the U.S. that can accommodate families, and it has been criticized widely by immigrants’ rights advocates who claim that the facility perpetuates systemic health and human rights abuses. Some have referred to the center as a “prison for children.”

“On many occasions our children have thought about suicide because of the confinement and desperation that is caused by being here,” read a letter sent by 22 women detained at Berks in Aug. 2016 to the Department of Homeland Security, as reported by The Guardian.

A U.S. Immigration and Customs Enforcement spokesman told the BBC that BFRC "provides a safe and humane environment for families as they go through the immigration process," adding, "Reports of abuse or inhumane conditions at BFRC are unequivocally false."

U.S. officials assert the family of Eileen and David Connors crossed the border on purpose, noting their vehicle was observed "slowly and deliberately" driving through a ditch to cross into U.S. territory in Blaine, Washington, on Oct. 2. Four adults and three children were inside.

"During processing, record checks revealed two of the adults were previously denied travel authorization to come to the United States," U.S. Customs and Border Protection said Tuesday in a statement to The Associated Press.

Officials did not say which adults had been denied entry into the U.S., or why.

The agency said that border agents tried returning the family to Canada, but Canada refused to have them back. After making two attempts to contact British consular officials, the border patrol said it turned the family over to U.S. immigration officials for removal proceedings.

"This would never happen in the United Kingdom to U.S. citizens, or anyone else," Eileen wrote, "Because people there are treated with dignity."

Cambria, the immigration lawyer, said the family should be on a plane to England within days.