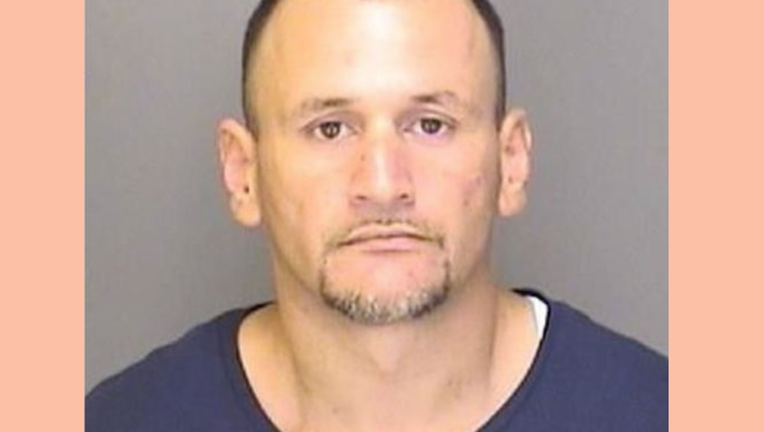 MERCED, Calif. - The brother of a man in jail booked on suspicion of kidnapping and then murdering a Merced family has been arrested too, the Merced County Sheriff's Office announced on Friday.

Detectives arrested and booked Alberto Salgado into the Merced County Jail on suspicion of criminal conspiracy, being an accessory to a crime and destroying evidence.

He is the brother of Jesus Manuel Salgado, 48, who is suspected of kidnapping and murdering infant Aroohi Dheri, her mother Jasleen Kaur, her father Jasdeep Singh, and her uncle Amandeep Singh on Monday. Their bodies were found in an orchard in San Joaquin County on Wednesday evening.

It's unclear if more arrests will be made.

Merced County Sheriff Vern Warnke told reporters this week that he strongly believed a second suspect was involved, but he didn't specify whether Salgado's brother was that person.

It wasn't immediately clear if either brother had an attorney to speak on his behalf.

Jesus Salgado had worked for the family. He was seen on a surveillance camera kidnapping the family from their Merced trucking company. He had some longstanding feud with them, Merced County Sheriff Vern Warnke said. 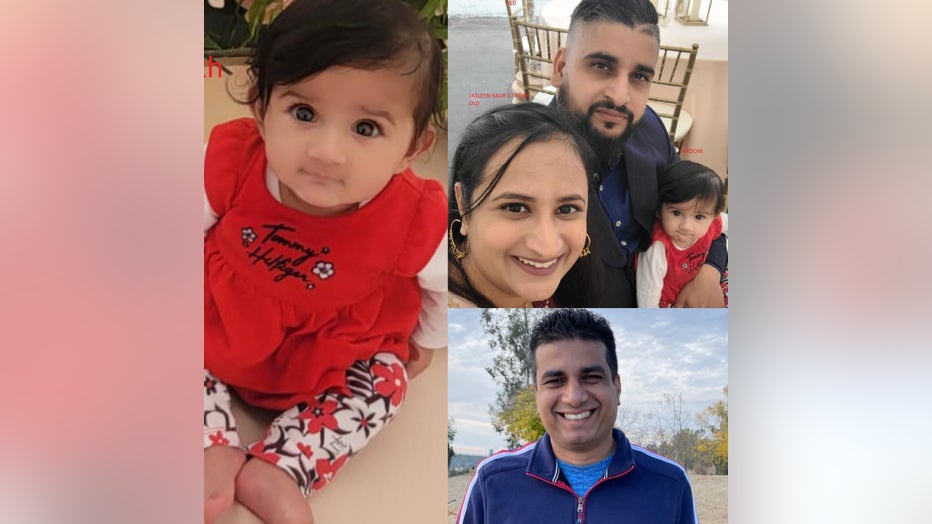 Merced County sheriff's officials were searching for an 8-month old, her parents, and uncle, who investigators said were kidnapped at gunpoint on Monday, Oct. 3, 2022. (Merced County Sheriff's Office)

He was previously convicted of first-degree robbery with the use of a firearm in Merced County, attempted false imprisonment and an attempt to prevent or dissuade a victim or witness. Sentenced to 11 years in state prison in that case, he was released in 2015 and discharged from parole three years later, according to the California Department of Corrections and Rehabilitation. He also has a conviction for possession of a controlled substance, the department said.

He tried to kill himself on Tuesday, the day after the kidnapping.

Relatives of Salgado contacted authorities and told them he had admitted to them his involvement in the kidnapping, Warnke told KFSN-TV on Tuesday.

Salgado tried to take his own life before police arrived at a home in Atwater — where an ATM card belonging to one of the victims was used after the kidnapping — about 9 miles north of Merced.

The victims were Punjabi Sikhs, a community in central California that has a significant presence in the trucking business with many of them driving trucks, owning trucking companies or other businesses associated with trucking.

Friends and strangers held a vigil for them Thursday night.

"Our family just lost four precious family souls today and we are shattered," said a close cousin of the brothers.

Public records show the family owns Unison Trucking Inc. and relatives said they had opened an office in the last few weeks in a parking lot the Singh brothers also operated. The feud with Salgado dated back a year, the sheriff said, and "got pretty nasty" in text messages or emails. Other details about Jesus Salgado’s employment and the nature of the dispute were not immediately available.

A GoFundMe has been set up to help support the family of the victim.

The Associated Press contributed to this report. This story was written in Oakland, Calif.