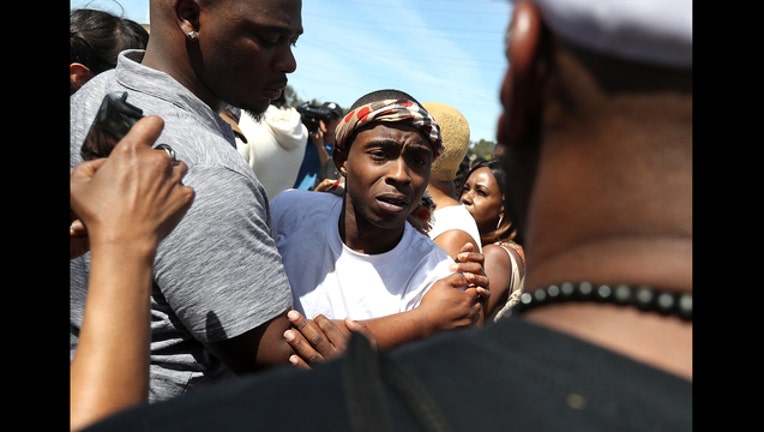 SACRAMENTO, CA - MARCH 29: Stevante Clark, whose brother Stephon was shot and killed by Sacramento police, reacts as he meets with mourners outside of the funeral services for Stephon at the Bayside Boss Church on March 29, 2018 in Sacramento, Califo

SACRAMENTO, Calif. - Sacramento police have arrested the brother of an unarmed black man shot and killed by officers last month.

Online jail records show 25-year-old Stevante Clark was arrested Thursday and accused of making threats to commit a crime resulting in death or great bodily injury and telephoning 911 with the intent to annoy or harass.

Clark is not eligible for bail and has a scheduled court hearing Friday.

His younger brother, Stephon Clark, was killed by officers who thought he had a gun. Investigators found only a cellphone.

Clark family lawyer Benjamin Crump could not immediately be reached for comment.