SAN FRANCISCO - Word of Buster Posey’s retirement has been hard for many fans, including a teenage boy with cerebral palsy, who said Posey changed his perspective on live.

Lucas Bristow said he is shocked to see Buster Posey walk away from the game of baseball.

KTVU first met first met Bristow in August 2015. He shared his story about how meeting Posey as a child changed his perspective on life. Bristow was five years old and said he had been teased by kids for wanting to play baseball, but the private meet and greet left a lasting impression. 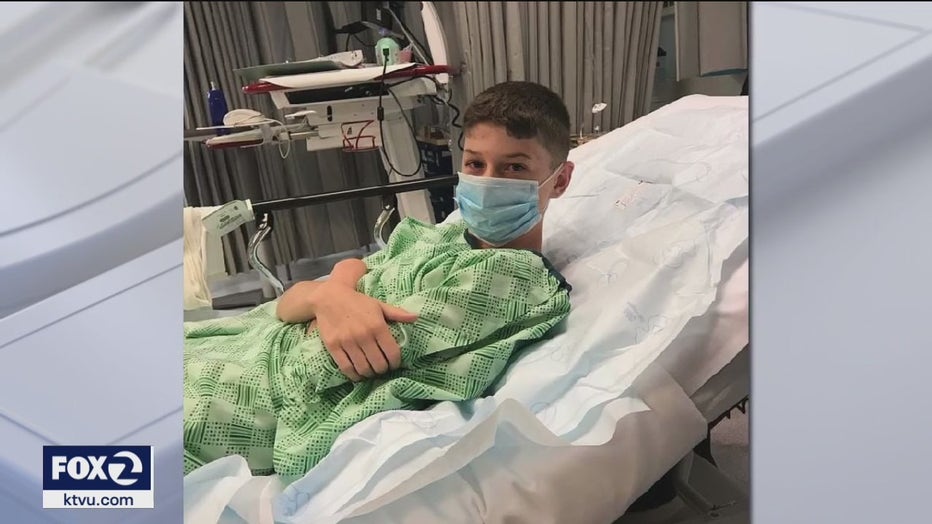 Lucas Bristow, 15, photographed from his hospital bed after surgery.

"He talked to us for a couple of minutes and said never give up," Bristow said at the time.

With that advice, Bristow went on to play in the Junior Giants Baseball League. He learned to bat, catch, and throw with one arm. Our story in 2015 caught Posey’s attention and Bristow was invited to meet Posey again in San Francisco.

Now 15 years old, Bristow said he doesn’t play baseball anymore, but he is still a big Posey fan. He considered Posey the greatest player of his childhood.

"He had a career batting average of .302 so he had to, in some ways, be unstoppable," he said.

Bristow had surgery on his leg and foot last year to improve his walking. He said he may have another surgery on his arm in the future. He said Posey’s message of never giving up and not caring what other people think have become words to live by. Bristow sent Posey a message on Instagram to let him know that he’ll miss seeing Posey behind the plate.

"I would definitely thank him because he’s improved baseball so much," Bristow said. "I honestly don’t know if he remembers me or not. If he did, that would be awesome."