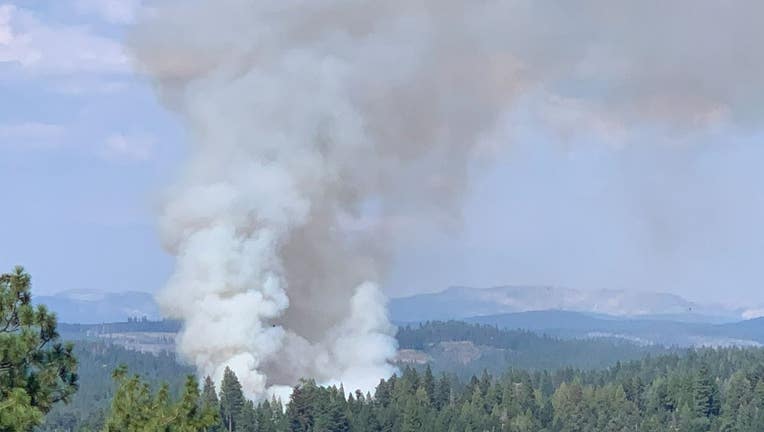 The fire in the area of Badger Hill and Cable roads, west of Pollock Pines, was first reported by the agency on social media at 4:40 p.m. A little over an hour later, Cal Fire said full air and ground resources were at the scene.

By 7 p.m., evacuation orders were in place for Badger Hill, Old Blair Mill, and Mace Mot Hill roads. No structures have been destroyed or damaged.

Officials say the fire's spread is rapid in the timber and timber understory.

Firefighters said they are constructing control lines and are asking the public to avoid the area so that crews can access the flames. Cal Fire said crews are expected to work throughout the night to strengthen control lines and mop up hot spots.

Officials have not said how the fire started.