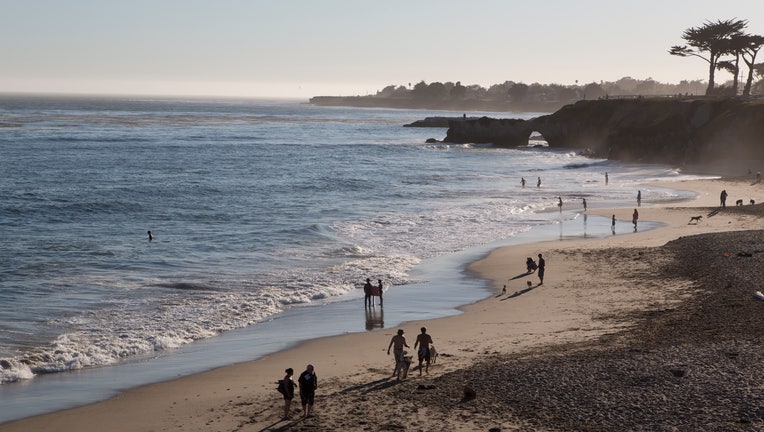 SACRAMENTO, Calif. - The number of counties on California’s monitoring list for coronavirus cases grew to 42 even as Gov. Gavin Newsom said Monday the state’s overall virus trends were heading in the right direction.

Newsom said the state found an additional 14,861 virus cases after reviewing a backlog of nearly 300,000 test results that got tied up in a lab reporting problem.

He announced the addition of five more Northern California counties — Amador, Mendocino, Calaveras, Sierra and Inyo — to the list of those facing more restrictions on business and school reopenings. Santa Cruz County was removed from the list.

Over the past week, the state has reported an average of 9,446 virus cases a day, but the positivity rate — the number of virus cases in relation to tests performed — has fallen from earlier in August to 6.5 percent, Newsom said.

“Those case numbers are high but they are trending in the right direction,” he said, noting that hospitalizations have also declined over the past two weeks.

California has faced criticism in recent weeks over its sluggish data, which made it tough for county health workers to follow up with people who tested positive for COVID-19 to try to prevent the spread of the virus.

The state has been grappling with a surge in cases following the reopening of businesses and increased summertime gatherings.

For most people, the virus causes mild or moderate symptoms, such as fever and cough. But for some, especially older adults and people with existing health problems, it can cause more severe illness, including pneumonia and death.

Newsom said he expected San Diego County — the second-most populous in the state — could come off the monitoring list on Tuesday.

San Diego County Public Health Officer, Dr. Wilma Wooten, said the county’s rate of coronavirus cases fell below 100 cases per 100,000 residents starting Saturday after backlogged cases were taken into account. Wooten said it must remain below that threshold for 17 consecutive days before K-12 schools can potentially reopen for in-person teaching.

In Los Angeles County, Public Health Director Barbara Ferrer said Monday the county needed to further reduce community transmission for the timing to be right to reopen schools and get more people back to work, but she was “cautiously optimistic” that the spread of the virus was slowing. The county’s seven-day positivity rate has declined to about 6 percent in mid-August from 10 percent in late July, she said.

The Los Angeles Unified School District said Sunday it would launch an aggressive coronavirus testing and contact tracing program for all students, staff and their families as part of a broad plan to safely reopen campuses. No date has been set for reopening schools in the nation’s second-largest district, where the academic year starts this week with distance learning.