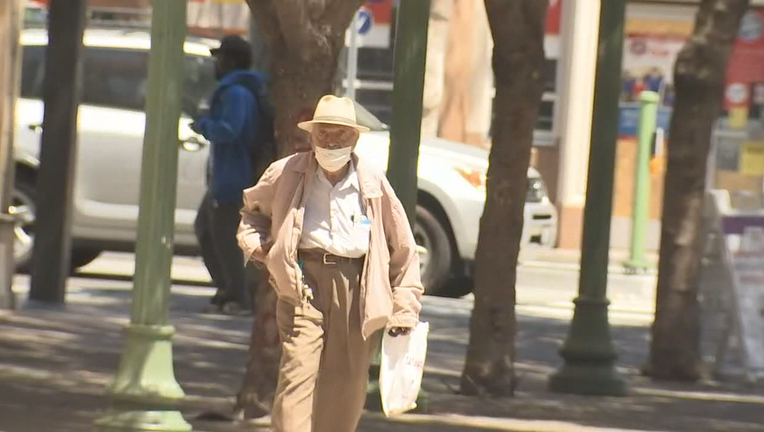 FRESNO, Calif. - With a Central Valley health clinic as his backdrop, Gov. Gavin Newsom on Tuesday signed a bill into law that will now give health care coverage for low-income people age 50 and older, including those who are living in the country without the proper documentation.

AB 133 is expansion of the current law that provides Medi-Cal for immigrants in the country without papers if they are under 26. Seniors who are eligible can apply in May. Newsom estimated there are about 250,000 people who are eligible for the program based on income.

The expansion is slated to cost the state $1.3 billion a year.

Newsom originally proposed that the expansion be limited to those 60 and older, but the Legislature negotiated a broader approach to cover those 50 or older.

Speaking from the Clinica Sierra Vista Elm Community Health Center, the Fresno mayor said COVID-19 showed that certain populations are more susceptible to illness and that this law will help people who are the most vulnerable.

"Everyone is entitled to be health," Mayor Jerry Dyer said. "Oftentimes those vulnerable populations do not have access to healthcare for a variety of reasons. This bill today that is going to be be signed, is going to be one step closer in making that happen."

Opponents have cited concerns about finances, and about taxpayer dollars going toward health care for people who enter the state illegally. However, in the end, there were only eight votes against the bill.

Nearly 1.3 million undocumented Californians will remain uninsured in 2022, according to the UC Berkeley Labor Center.

The Legislative Analyst’s Office estimates that ongoing costs for expanding full-scope Medi-Cal coverage to all Californians would be about $2 billion annually.