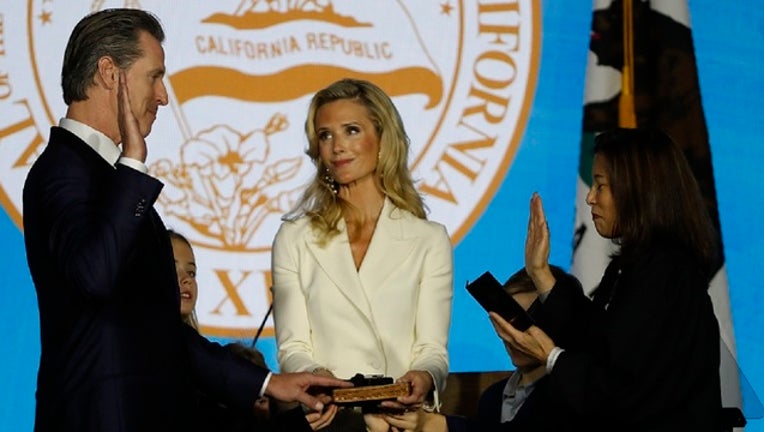 SACRAMENTO, Calif. - The wife of Gov. Gavin Newsom said Wednesday that she’s facing the same problems as millions of other Californians who are dealing with empty store shelves, closed schools and home confinement as social distancing measures take hold to slow the spread of the coronavirus.

“One rose amidst all of this — family dinners and no late night homework stress,” tweeted Jennifer Siebel Newsom, who has four young children. “And nice to not have kids shuffling home late from sports and activities. And yes, unfortunately the thorn — we run out of toilet paper, paper towels, and Kleenex tomorrow. I wish people had not hoarded.”

Her remarks were met with scorn. Several critics responded with the famous line attributed to Marie Antoinette: “Let them eat cake!”

“Yes, lovely isn’t it?,” replied another. “Shame about grandma’s hideous death, but we got some pajama time with the kiddos!”

“And having to step over the homeless on your way to search for toilet paper must be an added stress for you,” said another respondent, who added an eye-rolling emoji.

“Poor darling!” said another tweet. “Maybe you can send the state patrol out to appropriate some from the peasants.”

Some dozen Northern California counties and the Southern California city of Palm Springs have told residents to stay home, except to buy groceries, visit the doctor or do anything deemed essential.

Virtually all schools around the state have closed classrooms for several weeks, and Gov. Newsom has said that they may need to remain shut for the rest of the school year.

Newsom also has encouraged people 65 and older and those with underlying health conditions to stay indoors. He’s also called for the shutdown of bars, movie theaters, gyms and other gathering places, and for restaurants to only serve food to go — restrictions already in place in Los Angeles and several other major cities.