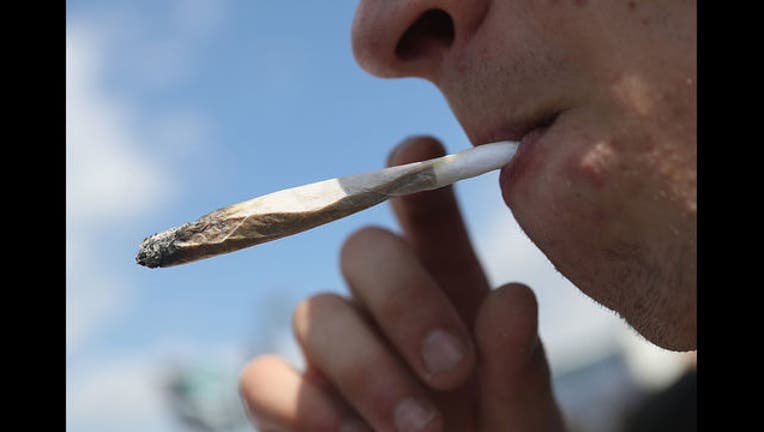 SACRAMENTO - Shortly after he introduced a bill to allow medical marijuana on campus, California State Senator Jerry Hill introduced a proposal that would establish a zero-tolerance policy for anyone under the age of 21 who drives under the influence of marijuana.

SB 1273, introduced on Feb. 16, would essentially mirror existing law for young adults and minors who drive under the influence of alcohol. It's already illegal for minors to smoke marijuana, but this bill would close any loophole in Prop. 64 that legalized its recreational use.

“This bill will save lives by making it illegal for drivers under age 21 to drive under the influence of marijuana, just like current law for alcohol,” said Senator Hill, D-San Mateo and Santa Clara Counties.

Current law prohibits people under 21 from having any alcohol in their system while driving. If they test at .01 or higher for alcohol on a breathalyzer, their license is suspended by the DMV for at least one year. It is an administrative suspension from the DMV, not a criminal matter and does not go on a criminal record.

The bill would apply to anyone under 21 pulled over by authorities on suspicion of driving under the influence of alcohol or drugs and tests positive for delta-9-tetrahydrocannabinol – the primary psychoactive agent in marijuana – in an oral swab saliva test or another chemical field test.

At that point, the officer has the authority to suspend the driver’s license and call the family of the driver to pick up the motorist and the car. The driver also could go home using a cab or riding-hailing service and the car could be picked up later, if family were not available. Or, a sober passenger with a license could drive the individual home.

SB 1273 provides an exemption for drivers under 21 who use medical marijuana and have the appropriate documentation to do so. If such a driver tests positive for having consumed marijuana and the officer deems that the individual’s ability to drive is not impaired, the motorist can get back on the road, according to Hill's proposal.

Earlier this month, Hill sponsored a bill to allow parents to administer their children medical marijuana on campus, instead of going 1,000 feet off campus to do so.

In an effort to collect more specific information on drugged driving DUI arrests and convictions, Hills' bill also gives law enforcement the option to designate what type of substance caused the impaired driving if that information is available. SB 1273 creates seven DUI drug categories for officers and prosecutors to choose from including: cannabis, depressants, dissociative anesthetics, hallucinogen, inhalants, narcotic analgesics, or stimulants. Current California Codes specify only whether the DUI involved alcohol or drugs.

In 2017, Hill authored a bill, which became law this year, which prohibits consumption of marijuana in any form by the driver or passengers in a vehicle.