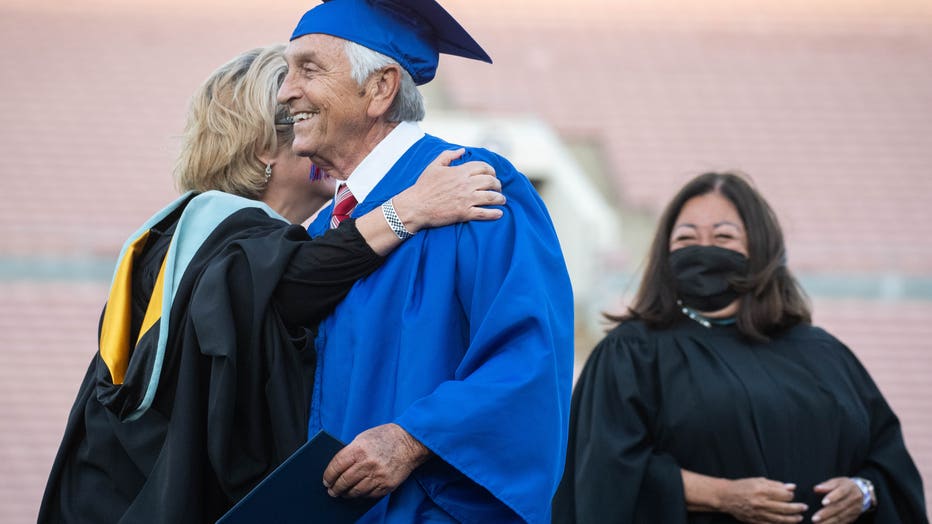 Pasadena, CA - May 27:Ted Sams, 78, who said when it was time to receive his diploma he was told he had to pay for a missing book but that money was better spent on a tank of gas for the fastest car in San Gabriel his 56 Pontiac, receives his origina

Now 78, Sams can finally call himself a graduate after donning a cap and gown and receiving his diploma Friday with the class of 2022 at Southern California’s San Gabriel High School.

Back in 1962 when he was a high school senior, Sams got in trouble and was suspended five days before the end of the school year. He said he missed a crucial final exam and had to make it up over the summer.

The school still had Sams’ original diploma locked away in an old filing cabinet. He beamed as he walked across the graduation stage at the Rose Bowl in Pasadena and received the diploma.

Sams said he plans on hanging the diploma on a wall at his home.