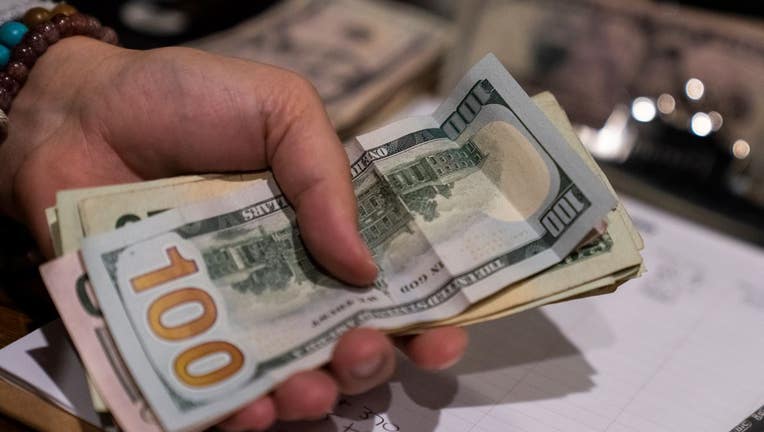 UNITED STATES - MARCH 13: Money is counted during the St. Baldrick's Foundation event at Boundary Stone pub where participants had their heads shaved to raise money for childhood cancer research, in the Bloomingdale neighborhood, on Sunday, March 13,

CHICO, Calif. - A Northern California man who lived with the body of his dead roommate for four years was charged with stealing his money by writing dozens of checks on his account, prosecutors said.

Darren Pirtle, 57, of Chico, was charged Monday in Butte County Superior Court with identity theft and forgery. He was expected to enter a plea on Thursday.

Pirtle is accused of forging checks to himself from the credit union account of Kevin Olson, 64, who hadn’t been seen since October 2018, according to the Butte County district attorney’s office.

Olson’s body was found last week on the floor of a back bedroom of his home, prosecutors said.

Authorities searched the home after starting a missing-person investigation in August, after a relative told police he hadn’t seen or heard from Olson for about four years, the DA’s office said.

Relatives said they had tried over the years to contact Olson and spoke to Pirtle, who gave various excuses for his absence, District Attorney Mike Ramsey said in a statement.

A Chico police officer who contacted Pirtle was told that Olson was out of town, the DA’s office said.

Olson was retired from the United States Navy and his monthly retirement checks were sent directly into his Navy Federal Credit Union account, prosecutors said. His mortgage was still being paid, they said.

Beginning in July 2019, Pirtle allegedly forged about 50 checks on the account, authorities said.

Authorities believe the Olson died in late 2018. An autopsy will be held to determine the cause of his death.