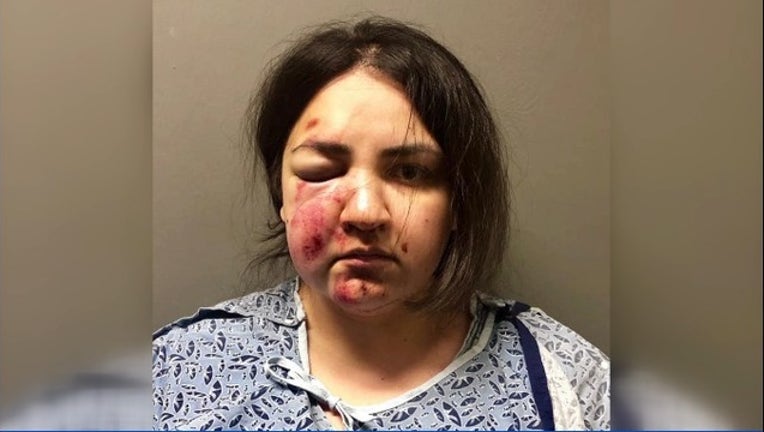 Tierra Ortega, 24, has been charged in the death of her infant daughter and for injures sustained by her son after police say Ortega dropped him from a second story apartment building. Police say Ortega jumped herself and sustained facial injuries.

UPLAND, Calif. (AP) - Prosecutors have charged a California mother in the death of her infant daughter and for injuries sustained by her young son after police say he was dropped from the second story of an apartment building.

It's unclear if Ortega has an attorney. She's set to appear in court later Thursday.

Police say a neighbor saw Ortega drop her 1 1/2-year-old son from a second-floor landing Tuesday before she jumped herself.

Ortega suffered facial injuries and the boy was hospitalized with a broken foot and minor injuries.

Ortega's infant daughter was not breathing when officers found her inside an apartment. She died at a hospital.