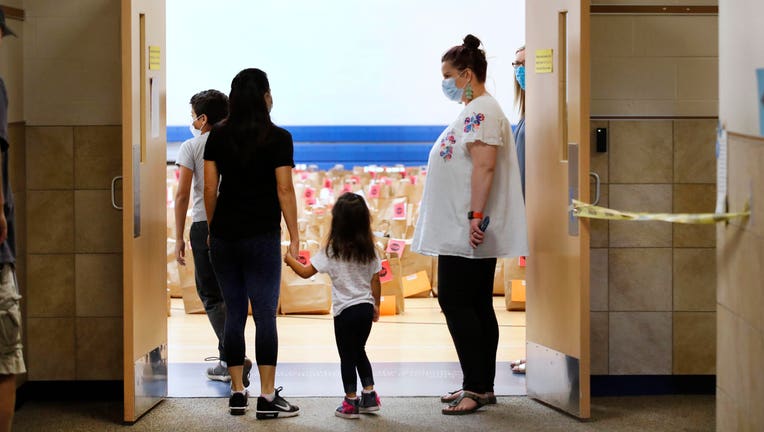 SACRAMENTO, Calif. - More California children with specialized needs, such as students with disabilities or those who are homeless, will be allowed back in classrooms even as most schools remain shut for in-person learning under new state guidance released Tuesday.

Schools in most counties are closed for in-person learning because of the coronavirus. But the new guidance would allow the return to school for some children in grades K-12 in groups of up to 14 students.

The limited return to school applies to students needing special care, such those with disabilities, English language learners, kids at risk of abuse or neglect or students who are homeless. It’s aimed at ensuring the students can access services like occupational therapy, speech and language services and individualized education programs.

Statewide, counties can begin reopening schools for all children if they are off a state watch list that tracks virus cases, infection rates and hospitalizations for two weeks. Two of the state’s most populous counties, Orange and San Diego, are already off the list and could be eligible to open schools within weeks.

In counties still on the list, elementary schools can get waivers to reopen because young children are thought to be less likely to transmit the virus.

But the new guidelines appear to be the broadest attempt to deal with students, including older ones, who are more likely to struggle with at-home, digital learning, either because they lack the technology and a safe space to learn or because they are on special education plans or need other targeted support.

Under the new rules, learning groups can have no more than 14 students and two instructors, and the students cannot mix across groups. Any individual school can have up to 25% of the normal student capacity in the building at one time. The goal is to keep students and instructors from potentially spreading the virus.

Schools could also allow different groups of students to come in on different days.

While the state is restricting in-person learning, Gov. Gavin Newsom has said he prefers students back in classrooms once it can be done safely for them, teachers and other school employees. The state’s more than 1,000 school districts are governed locally but counties have followed the state’s rules and public health orders.

“My personal point of view is the default should be in person education as long as it’s safe,” he said Monday.

He did not put out a statement on the new guidelines.