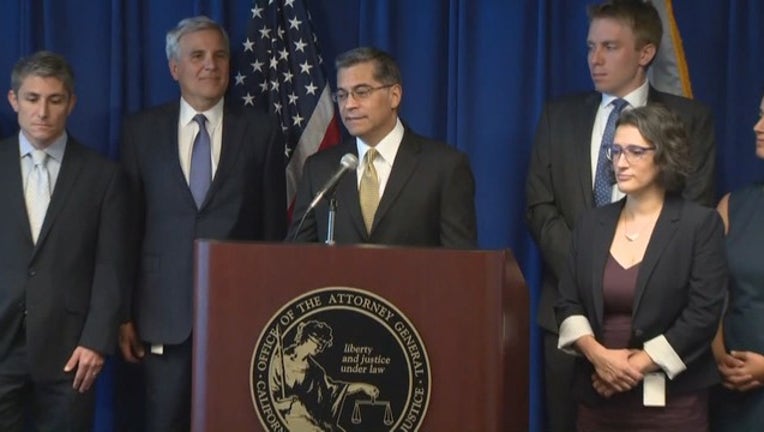 California's attorney general Xavier Becerra sued a well-known car dealership accusing the company of false advertising and lying on loan documents to boost its profits at the expense of its mostly low-income customers. Sept. 24, 2019

“Those rigged bids and prices that were fixed affected many vehicles, both foreign and domestic models, and they created a less competitive marketplace and consequently higher prices for consumers.” Becerra said, noting that more than 22 million vehicles are registered in California.

The state's largest such settlement, $4.25 million, was reached this week with DENSO Corp., though some settlements with other companies date to 2015.

DENSO is based in Kariya, Japan, but operates in 35 countries. It did not respond to an emailed request for comment Wednesday, but said in the settlement that it admits no wrongdoing and is settling to avoid expensive litigation.

The damages are to recover the higher costs paid by California state agencies, but Becerra noted that the parts makers also face class-action lawsuits on behalf of automobile dealers and buyers.

A settlement website cited by Becerra, http://www.autopartsclass.com, says auto buyers could each be eligible for $100 or more in restitution from those private class-action lawsuits, but must apply by year's end.

The state's settlements piggyback on a separate investigation by the U.S. Department of Justice that began in 2010. Forty-two companies have pleaded guilty to federal price-fixing charges and agreed to pay nearly $3 billion in fines. DENSO, for instance, agreed to a $78 million federal fine in 2012.

California was one of only two states to separately seek damages, along with Florida, which Becerra’s office said helped support consumers’ class-action lawsuits.