STOCKTON, Calif. - Gov. Gavin Newsom on Thursday announced that California will set aside 40% of vaccine doses for the hardest-hit communities in the state and has established a "vaccine equity metric," which seeks to increase vaccinations in those neighborhoods and ZIP codes.

Aside from reserving the vaccines, the state will also increase funding for safety net providers to cover start-up costs. More information is here.

The changes mark a fresh round of twists in California's vaccination and reopening plans. Now half of California's vaccine doses will be reserved for specific groups, as educators get a guaranteed 10%. People age 65 and over, food and agriculture, and emergency service workers are also eligible for shots. 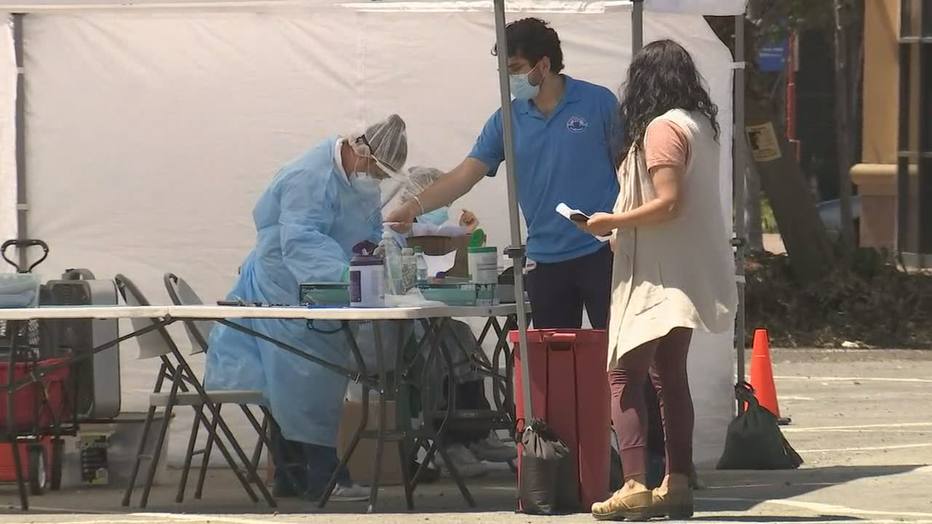 "With more vaccines online and administered, California is now in a position to take steps toward ending this pandemic by keeping our guard up and by vaccinating those Californians most at risk and most exposed," Newsom said. "Vaccinating our most impacted communities, across our state, is the right thing to do and the fastest way to end this pandemic."

The doses will be spread out among 400 ZIP codes with about 8 million people eligible for shots. The areas are considered most vulnerable based on metrics such as household income, education level, housing status and access to transportation.

Once 2 million vaccine doses are given out in those neighborhoods, the state will make it easier for counties to move through reopening tiers that dictate business and school reopenings.

While race and ethnicity are not explicit factors in designating vaccinations, the 400 vulnerable ZIP codes overlap heavily with neighborhoods with higher populations of Blacks, Latinos and Asian and Pacific Islanders, officials said.

Newsom said this approach recognizes that the pandemic did not affect California communities equally.

The rate of infections for households making less than $40,000 per year is more than double that of households with an income of $120,000 or more.

At the same time, California’s wealthiest populations are being vaccinated at nearly twice the rate of our most vulnerable populations, Newsom said, adding "the state is committed to doing better."

He acknowledged how privileged people have accessed vaccination sites at the expense of others. He gave an example of how someone who "looked like me" showed up in an Audi at a site meant for low-income people, and said that it's pretty much "whack-a-mole" trying to stop those with means from taking what is not meant for them. He said the state is trying to prevent more instances of jumping the line by handing out individual access codes, instead of group codes, which can be more widely shared.

Andie Martinez Patterson, vice president of government affairs at the California Primary Care Association, said Thursday the centers have been working with Blue Shield on a plan to target only their patients in a bid to close off access to people from wealthier neighborhoods.

"We’re trying to ensure those people we are targeting are coming, not the vaccine seekers," she said, adding that recently a South Los Angeles clinic found its appointment slots had been booked by residents of Beverly Hills.

At the same time, the association wants greater latitude to vaccinate people from underserved communities even if they are not patients.

Not only is increasing vaccinations in vulnerable communities morally right, Dr. Mark Ghaly, secretary of the California Health and Human Services Agency, said it's also good for public health because it will slow the spread of disease.

As of Thursday, California has administered nearly 10 million in a state with 40 million people. A total of 1.6 million has been administered in the hardest-hit communities and the state said it will hit the 2-million mark in the next two weeks.

The Associated Press contributed this report.