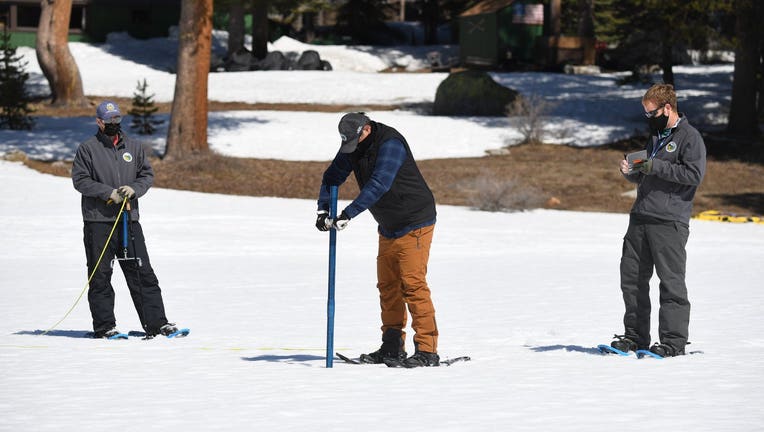 LOS ANGELES - The water content of California’s Sierra Nevada snowpack was measured at 59% of the April 1 average, when it historically is at its peak, the state’s chief of snow surveys and water supply forecasting said Thursday.

The unsurprising result follows the second consecutive dry winter and comes amid indicators that California is entering another drought just a few years after a five-year dry spell.

Overall, the state has received only about 50% of average precipitation in the current water year and its major reservoirs are only about half full, said Sean de Guzman of the Department of Water Resources.

"It’s currently tied for the third-driest year on record," de Guzman said during a briefing at Phillips Station in the Sierra Nevada, where manual measurements have been made since 1941. The Sierra-wide measurement is made by sensors at 260 locations.

The snowpack normally supplies about 30% of California’s water. How much of the current snowpack ends up in reservoirs remains to be seen.