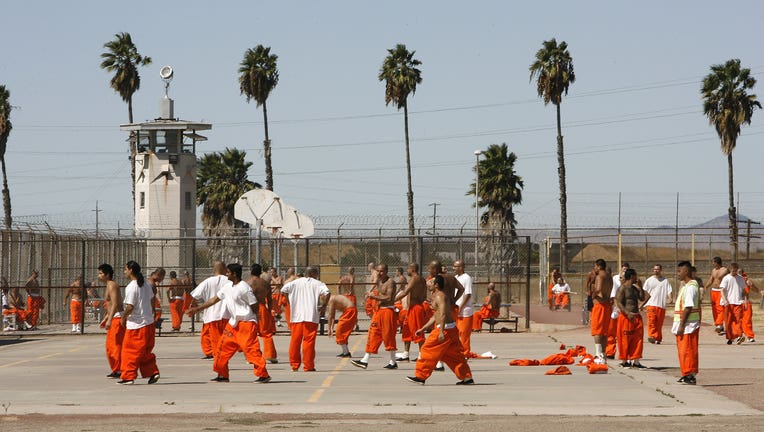 TRACY, CA - SEPTEMBER 4: Inmates play handball on the recreation yard. Do to the jail overcrowding the inmates get only 4 hours of recreation a week at the Deuel Vocational Institution near Tracy, California. (Photo by Tony Avelar/The Christian Scien

SACRAMENTO, Calif. - California next year will close a prison holding about 1,500 male inmates, Gov. Gavin Newsom’s administration said Friday in its latest step to reduce the state’s incarceration footprint partly in response to the coronavirus and massive related budget cuts.

Shuttering the 67-year-old Deuel Vocational Institution in Tracy, in the Central Valley east of San Francisco, will save about $182 million annually, state corrections officials said.

Newsom had called for closing a prison even before the pandemic devastated the state's budget, once calling it a “core value” of his administration. He expects to close a second prison in coming years, although lawmakers want to advance that timetable.

A series of new laws and ballot measures over nearly a decade significantly shrunk what once was the nation's largest state prison population. Newsom also approved the earlier releases of more than 10,000 inmates in response to the pandemic. He opposes a measure on the November ballot that could roll back some of the criminal justice changes and keep more inmates in prison longer. 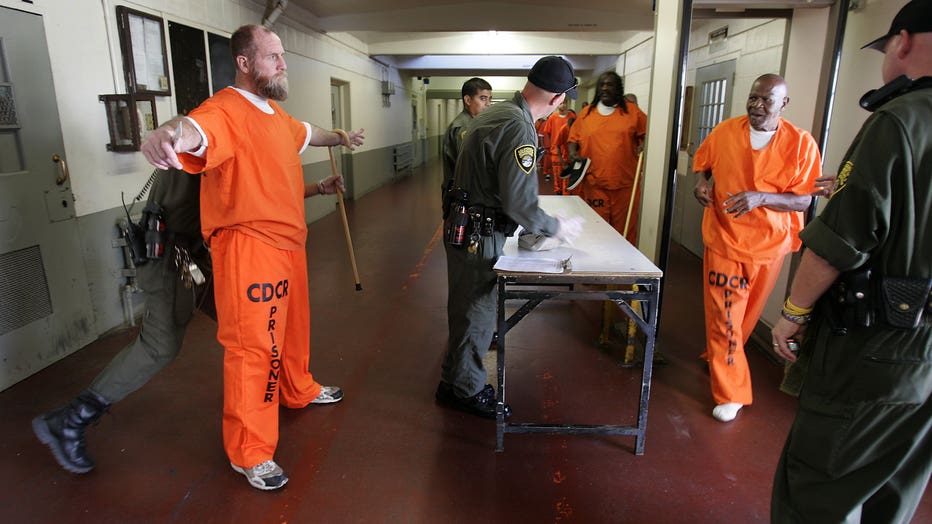 TRACY, CA - SEPTEMBER 4: Inmates walk through a metal detector and are searched by officers on their way out to the recreation yard. Do to the jail overcrowding the inmates get only 4 hours of recreation a week at the Deuel Vocational Institution nea

The location has prompted lobbying and speculation, with some lawmakers pushing to close San Quentin State Prison, the state's oldest prison that sits on high-value shore-front property north of San Francisco, or the antiquated California Rehabilitation Center in Norco, east of Los Angeles.

Prison officials said the Tracy prison's relatively low number of inmates helped prompt that choice, while its nearly 1,100 employees may be able to transfer to other prisons in Stockton or the Sacramento area.

The prison — California's sixth oldest — is expected to close by Sept. 30, 2021, and the state's current budget calls for closing a second unspecified prison in 2022. 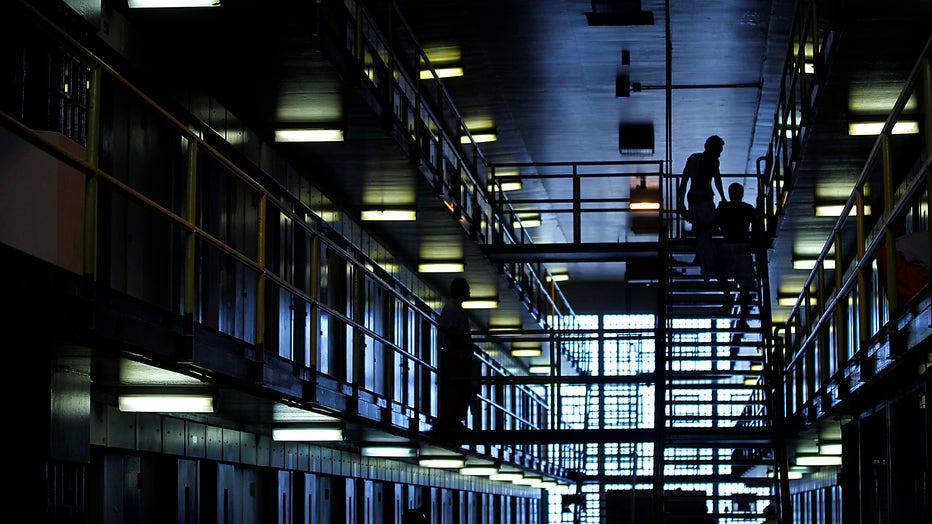 Inmates return to their celss after showering in a cellblock at Deuel Vocational Institution in Tracy. Built in 1953, the rpison currently houses more than 3,700 convicts in a facility designed for about 1,700 inmates. It serves primarly as a recepti

The union representing state correctional officers did not immediately comment.

But the move was hailed by Jay Jordan, executive director of Californians for Safety and Justice, which seeks prison alternatives.

He, like Ting, said spending billions of dollars on prisons is wasteful and “takes money away from prevention, schools and economic development.”

Officials said the last time California closed a state prison was the Northern California Women’s Facility in Stockton in 2003.