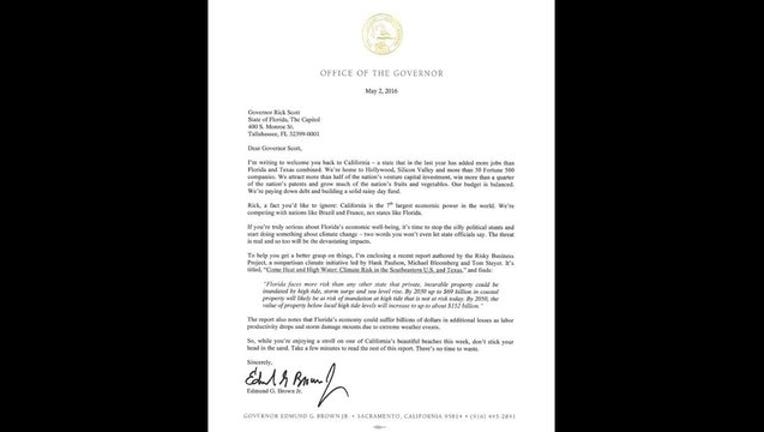 California's governor is ripping into Florida Gov. Rick Scott and his latest effort to try to convince companies to move to Florida.

Gov. Jerry Brown sent a letter to Scott Monday, urging him to stop his "silly political stunts." Brown added that California had added more jobs in the last year than Florida. He also asked Scott to get serious about the threat of climate change to Florida and he attached a report on it to his letter.

Brown urged Scott not to "stick your head in the sand" while "enjoying a stroll on one of California's beautiful beaches."

Scott is in the middle of a three-day trade mission.

Ahead of his trip the state's economic development agency paid for radio ads criticizing California's decision to increase the minimum wage to $15.