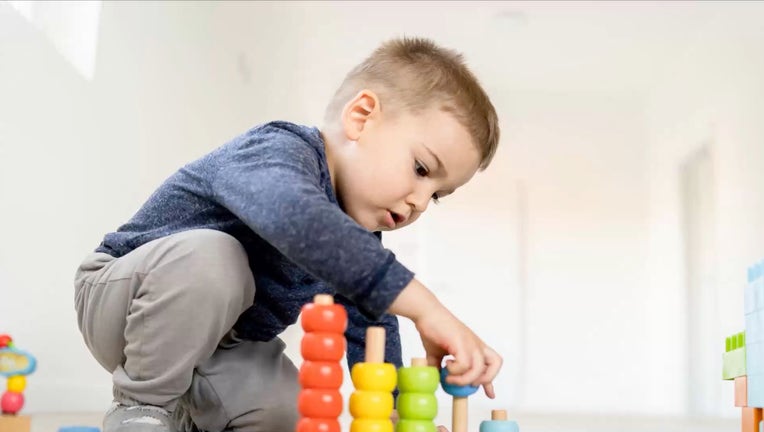 GLENDALE, Calif. - While most California school districts are planning only virtual instruction to start the academic year, some are offering child care programs that will bring students into the same buildings that are off-limits for classroom instruction.

In Glendale, education officials opted last week to move to online instruction due to a rise in coronavirus cases and hospitalizations. They also started a program for families in need of child care where students will be dropped off at local schools and placed in small groups. They will complete their online lessons with support from a staff member or substitute teacher during what would normally be school hours.

Kristine Nam, a spokesperson for the 26,000-student Glendale Unified School District, said about 30% of elementary school parents have voiced interest in the program, where masked students will be assigned electronic devices.

That’s fewer children than would cycle through campus under a hybrid instruction model where students attend class in person part-time, she said.

“We knew we needed a way to provide opportunities for on-campus child care for those families that need it,” Nam said. “It certainly is not going to look like a traditional day would look, but we’re going to try to make it as structured of a day as possible.”

Last week Gov. Gavin Newsom set strict rules for in-school instruction that is contingent on districts and their home counties controlling the virus outbreak. About 85% of the state’s population lives in counties that don’t currently meet the standards.

The two largest districts in the state — Los Angeles and San Diego — are among those that already have said they will start the academic year with only distance learning.

The Center for American Liberty, a conservative legal organization, filed a federal lawsuit Tuesday alleging the state doesn’t have the right to shutter schools. The group notes camps and child care have been given guidance and permission to operate in California during the pandemic and says schools should be no different.

Parent Stacy Hoek questions why state health officials deem it safe for young children to attend child care programs on public school campuses but not classes. Hoek, who doesn’t need daycare since she works from home, said she wants her soon-to-be first-grader to resume in-person instruction in Merced County.

“Why put the children into groups for child care but not for learning?” asked Hoek, who has started an online petition calling on Newsom to let schools resume classroom instruction, which she feels is critical to ensure students don’t fall behind academically.

He said the state has established a waiver process for elementary schools that want to open even when their counties haven’t sufficiently controlled the virus outbreak. When asked why middle and high schools can’t apply, he cited a recent South Korean study that suggests younger children don’t contract or transmit the virus to the same extent as older children and adults.

The Long Beach Unified School District had planned to offer several options for instruction, including in classrooms, but shifted last week to solely distance learning when classes resume. This week, the district said it will offer child care that will include having children do their online instruction with assistance from day care workers.

The 72,000-student district south of Los Angeles offered child care this summer under strict rules including a ratio of one adult for every five children and a check-in routine that includes taking temperatures, washing hands and spraying the bottom of children’s shoes with an alcohol solution, Chris Eftychiou, a district spokesperson, said in an email.