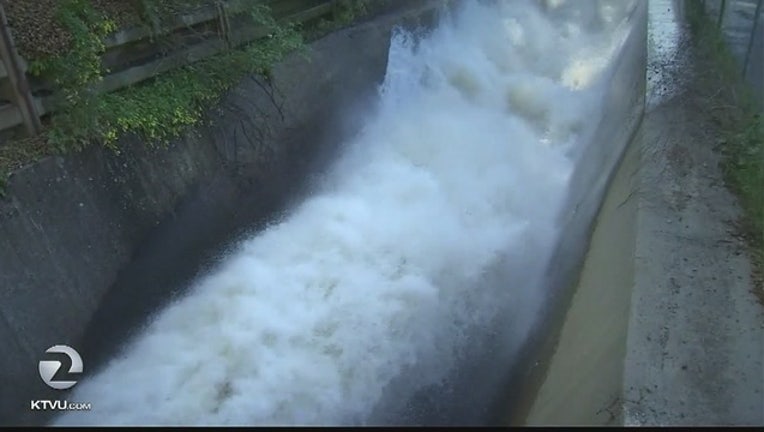 The National Marine Fisheries Service and U.S. Fish and Wildlife Service said the $16 billion project likely will not endanger more than a dozen federally protected species in the largest fresh-water estuary on the West Coast.

The project "is not likely to jeopardize the continued existence of any of these species, and is not likely to destroy or adversely modify designated critical habitat," Paul Souza, a regional director of the wildlife service, said in a letter.

The decision is the first in a series of federal and state rulings that will determine the fate of the twin 35-mile (55-kilometer) tunnels, California's biggest water project in decades that is expected to take more than 10 years to complete.

The project would suck part of the Sacramento River into two four-story-high tunnels running below the river's delta with the San Joaquin River.

Supporters say it would ensure a reliable water supply for cities, farms and tens of millions of residents, most of them in Southern and central California.

Jeffrey Kightlinger, general manager of Metropolitan Water District of Southern California, which is leading the push to build the tunnels, called Monday's decision an important milestone.

"For too long California's water supplies have been at risk and subject to cutbacks," he said.

Opponents say the project would speed the demise of some species of salmon and other native wildlife, already struggling after decades of heavy state reliance on water from the delta.

"The science in this decision was cherry-picked and not representative of the true scope of harm to endangered species who depend on a healthy San Francisco Bay-Delta," said Barbara Barrigan-Parrilla, executive director of Restore the Delta, a group that represents farmers and residents in the system.

A group of water agencies in the Central Valley Project, the state's largest water supplier, asked the U.S. Bureau of Reclamation earlier this month to delay its own ruling on the project until the water agencies get assurances it won't cost them money or cut their own water supplies. The agency has not publicly responded.

The project's chances of federal approval may have received a boost from the election of President Donald Trump, who has said he backs big infrastructure projects and more water for central California farmers.

Brown is the project's most vocal backer, telling reporters earlier this month that the tunnels would allow the state to reduce its dependence on the giant mechanical pumps that now draw water from the delta, for use by the 25 million Californians who get part or all of their water from the state's giant north-south water projects.

Along with water withdrawals, which make the delta warmer, narrower and shallower for fish, the pumps are one of the factors harming native fish.

"There's so many dams and channels and bypasses - I don't know if people are aware of how engineered our water system is," Brown said, adding that the delta already was no longer the wild habitat of "some mythical golden past."

Brown has pushed variations of the project since his first term four decades ago, including a version in the 1980s that would have created canals instead of tunnels. Opponents argued that it would benefit Southern California at the expense of the north, and Californians defeated the proposal in a statewide vote.

Meanwhile, several regional public water agencies that would get water from the tunnels also must decide whether they will commit to paying for the project. Southern California's giant Metropolitan Water District leads the push and is expected to decide by early fall.