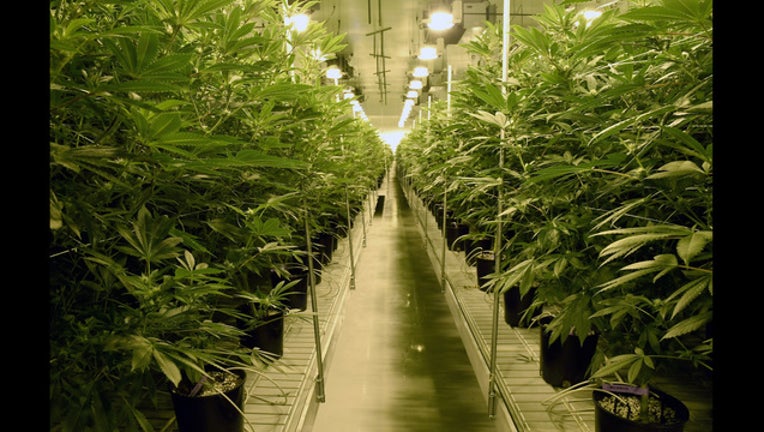 LOS ANGELES (AP) - California's legal pot market opens for business on Jan. 1. The day will be a milestone, but what exactly will happen then and, especially, in the weeks and months to come is unclear.

Lori Ajax is the state's top pot regulator and has been at the center of the effort to establish rules for a legal pot economy valued at $7 billion.

Q. It's a question many people are asking: Can I buy legal pot on Jan. 1?

"You will, in certain areas of the state," Ajax says.

Businesses are required to have a local permit and a state license to open their doors for recreational sales, and that process has moved slowly.

So far, there is not a consistent pattern in the geography of legal pot.

Kern County, for example, has banned all commercial cannabis activity. But Oakland, Santa Cruz, Shasta Lake and San Diego are among the cities that have embraced it and have licensed operators that will open Jan. 1.

San Francisco is running late getting licenses out, so legal sales there are not expected to start until later that week. In Los Angeles, the city will begin accepting applications to sell recreational pot on Jan. 3, but it could be weeks before any of those shops open for legal sales.

A. First rule, not in public, Ajax says.

Another general guideline: Don't smoke anywhere where tobacco is prohibited.

State law has specific guidelines for where not to light up, and they include being within 1,000 feet (300 meters) of a school or a daycare center when kids are around, or smoking while driving.

However, the state has left it up to local governments to determine if they want to permit onsite consumption at retailers. So it will be city-by-city whether you can buy and light up on the spot.

Q. This is going to be a big transition, transforming the lightly regulated medical industry and the vast illegal market into a legal pot economy. How will it roll out?

A. With ups and downs.

"That transition period is going to be an adjustment for a lot of folks," Ajax says.

The industry -- medical and illegal -- has existed for years with little or no regulation. Now, growers and sellers are facing a range of new state and local rules, including hefty new taxes.

Consumers who want to make a purchase will have to check their local rules, which can vary.

The state expects to be visiting businesses, perhaps repeatedly, to help them meet the regulations.

"We have to really work with them," Ajax says.

A. The pace and extent of licensing, because lots of players are needed to make the supply chain work across the state. Cultivators. Distributors. Manufacturers. Testing companies. Retailers.

State licensing only started in December.

Ajax worries if California has "licensed enough people throughout the supply chain, and geographically across the state, so people can continue to do business," which includes medical and recreational pot. "That's something I think about all the time."

"If you don't have enough distributors, if they are the only ones that can transport the cannabis, that would be an issue ... on Day One," Ajax says.

Q. How tough is enforcement going to be, if you intend to entice businesses into the market?

A. For now, more carrot than stick.

"We can't just hit them over the head," Ajax says. "You work toward educating them and, I think, you go from there."

"If we have somebody that is causing a public nuisance or a public safety problem, then I do think strong enforcement is necessary. But if you just got somebody trying to comply, and they are completely overwhelmed because they just don't know what to do, then I think that's our job to then break it down for people."

She acknowledges the dense regulations can be intimidating.

"A lot of them have never dealt with the state before," she says. "We want to encourage people that this is the best way for California, to come out of the shadows and be licensed."

Q. Experts say the new legal economy will struggle if the black market continues to thrive. How does the state intend to persuade illegal operators to come out of the shadows?

A. In a word, education.

Ajax says businesses need to know how to get licensed -- an online application site opened this month -- and the state should encourage them to do so.

The state also needs to be flexible at first with compliance, she said, as businesses become accustomed to the new system.

"We, as a state, have to show them that this is where you need to be," she says.