California's Garlock fault line, was jostled into moving for the first time on record

The 185-mile long Garlock fault, which runs east-west from the San Andreas Fault to Death Valley along the north end of the Mojave Desert, is just a few miles from where the Ridgecrest ruptures ended in July. It has slipped 0.8 inches at the surface since July, creating a bulge of land which is visible from space.

PASADENA, Calif. - A “dominoes-like” series of ruptures occurring during the Ridgecrest Earthquake Sequence has helped geophysicists from Caltech and NASA’s Jet Propulsion Laboratory gain valuable insight into large earthquakes, and led to the discovery that a major California fault line which has been quiet for the past 500 years was jostled by the Ridgecrest quake and started moving slowly for the first time on record.

The Ridgecrest ruptures occurred across a web of interconnected faults, leading researchers to note that rupturing faults can trigger other faults. This discovery indicates that large earthquakes can be far more complex than previously assumed.

The ruptures began with a magnitude 6.4 foreshock on July 4, 2019, followed by a magnitude 7.1 mainshock the following day and a series of more than 100,000 smaller aftershocks. 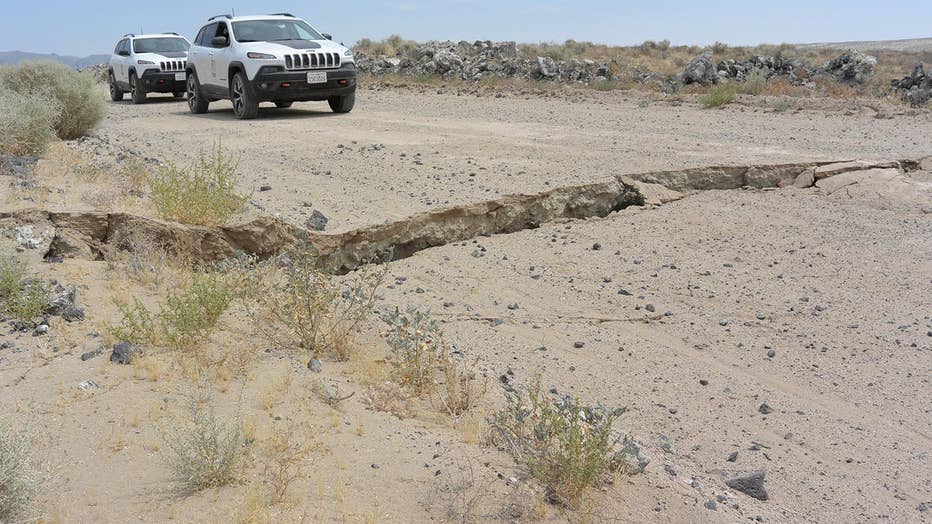 Fault rupture crosses dirt road, with California Geologial Survey vehicles for scale. Displacement at this location is primarily normal (vertical). Photograph taken near the northern end of the rupture resulting from the M7.1 Searles Valley earthquak

The 185-mile long Garlock fault, which runs east-west from the San Andreas Fault to Death Valley along the north end of the Mojave Desert, is just a few miles from where the Ridgecrest ruptures ended in July.

The Garlock fault has slipped 0.8 inches at the surface since July, creating a bulge of land which is visible from space, and the implications of this unprecedented movement is still unknown. 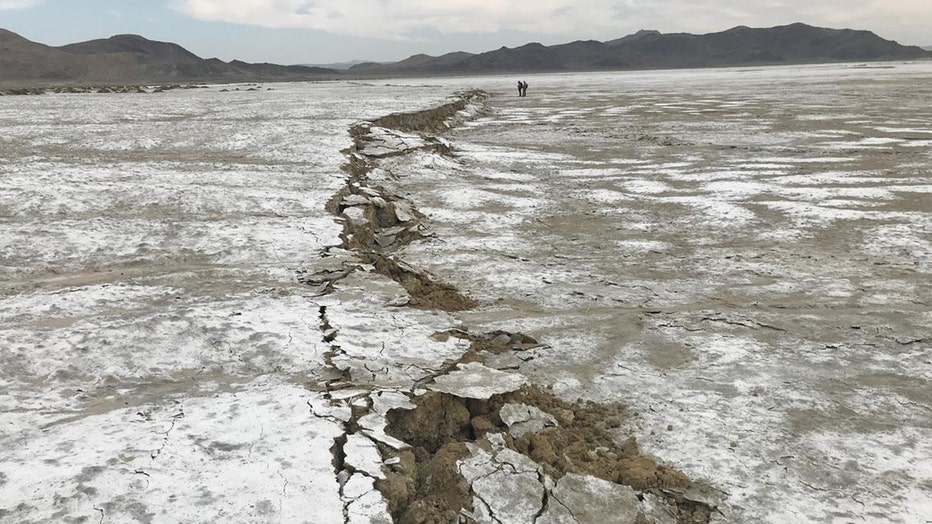 "It's going to force people to think hard about how we quantify seismic hazard and whether our approach to defining faults needs to change," said Zachary Ross, assistant professor of geophysics at Caltech.

Ross was the lead author on a new study led by Caltech and supported by JPL that analyzed the Ridegcrest Earthquake Sequence, which was Southern California’s largest earthquake sequence in two decades, to learn more about the behaviors of fault lines around major quakes. The study was published Thursday in the journal Science. 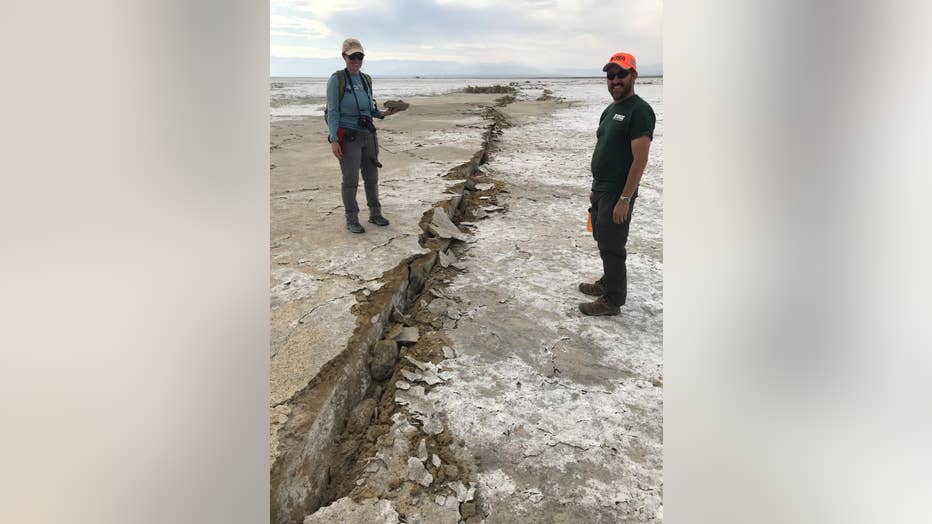 USGS geologist Josie Nevitt and geodesist Todd Ericksen collect a sample from the fault zone of the main rupture.

JPL’s scientists then analyzed data from radar satellites to map fault ruptures along the Earth’s surface, which presented a dramatic and far-reaching view of the large quake.

"I was surprised to see how much complexity there was and the number of faults that ruptured," said JPL co-author Eric Fielding.

Approximately 20 small, previously undiscovered faults were involved in the Ridgecrest sequence, which cross over each other in a “geometrically complex and geologically young fault zone,” according to NASA. 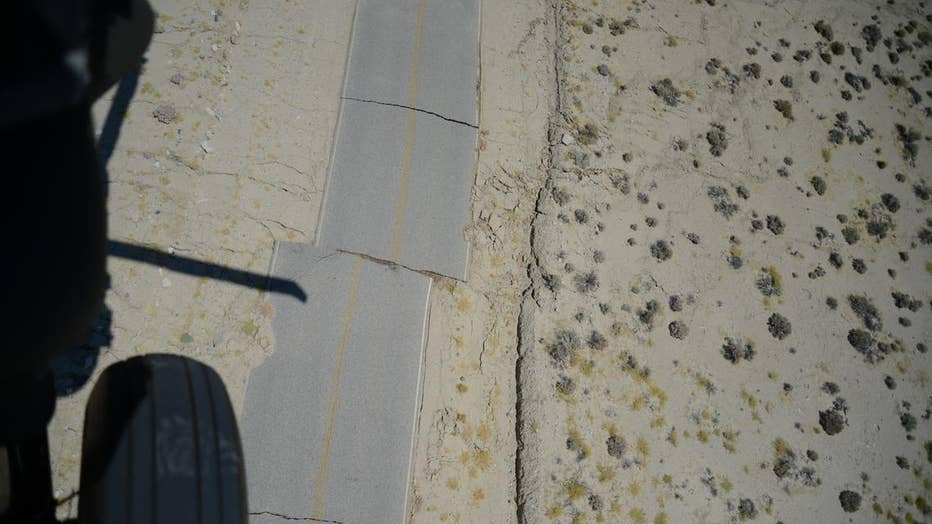 "We actually see that the magnitude 6.4 quake simultaneously broke faults at right angles to each other, which is surprising because standard models of rock friction view this as unlikely," Ross said.

Major earthquakes were long thought to be caused by the rupture of a single, long fault line, and maximum possible magnitude was determined in large part by how long the fault was.

The new research, combined with lessons gleaned from a 1992 earthquake in Landers, California, that ruptured several other faults, has seismologists rethinking a lot of what they know about major earthquakes.

“We can't just assume that the largest faults dominate the seismic hazard if many smaller faults can link up to create these major quakes,” said Ross.