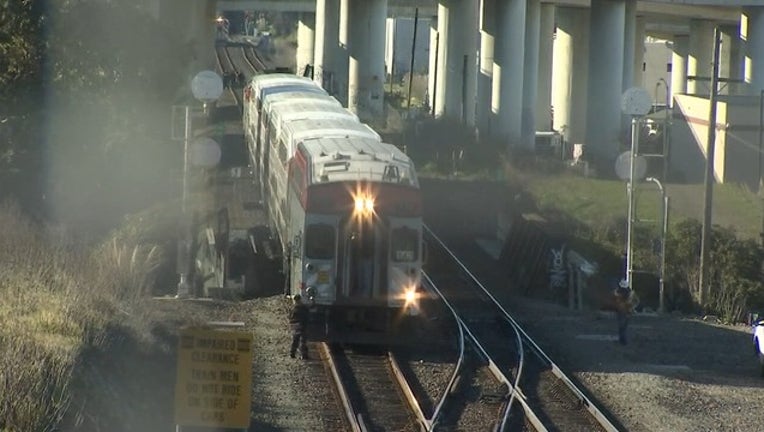 A northbound Caltrain fatally struck a person who officials said was trespassing on the tracks just south of the 22nd Street Caltrain Station in San Francisco. March 5, 2018

SAN FRANCISCO - A Caltrain struck an occupied vehicle on the tracks in San Francisco on Wednesday, but officials say there are no reports of injuries.

The collision at 16th and 7th streets below the John Foran Freeway/Interstate 280 happened at 5:16 p.m., a Caltrain spokesperson said.

The train had just started its journey and was headed southbound. By 6:17 p.m. Caltrain said the train was headed back towards San Francisco rather than its intended destination.

San Francisco police had arrived to the scene by 5:40 p.m. and the car appeared to be cleared from the tracks, according to transit officials. Caltrain said emergency personnel are at the scene and that the occupant of the vehicle declined medical attention from EMS. Approximately 24 passengers were aboard the train.

An investigation is underway and a track inspection will be conducted.