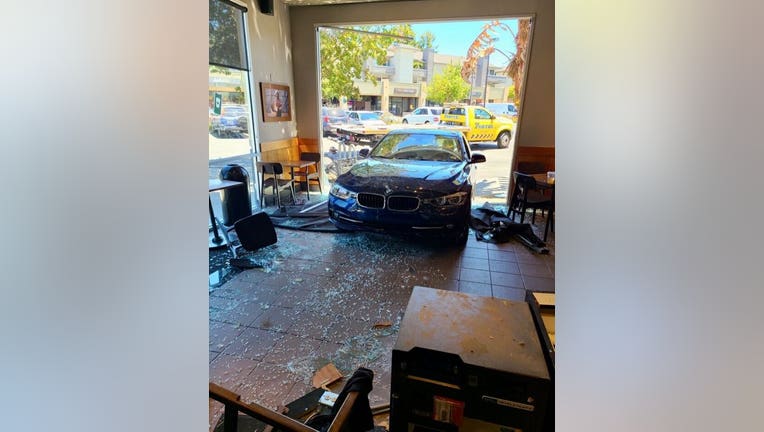 Two bystanders were injured in a traffic collision at a coffee shop in Cupertino. (Photo: Santa Clara County Sheriff's Office)

CUPERTINO, Calif. - Two bystanders were injured Thursday from a car crashing into a Starbucks in Cupertino.

Deputies from the Santa Clara County Sheriff's Office arrived at the coffee shop Thursday afternoon to respond to the collision.

An image tweeted by the Sheriff's Office shows a dark blue BMW halfway inside the coffee shop, surrounded by glass shards and some overturned furniture. A second image shows the car entirely inside the establishment.

The two bystanders, who were inside the Starbucks, were taken to a hospital.

The driver was unharmed and is currently cooperating with authorities.

This investigation is ongoing.