Truck crashes entirely through Vallejo home, miraculously no one killed

A bizarre pickup truck into a house mishap occurred in Vallejo on Friday. Amazingly, no one was killed out of the six people involved. The history of this T-shaped corner says it needs some major modifications.

VALLEJO, Calif. - A bizarre pickup truck into a house mishap occurred in Vallejo on Friday. Amazingly, no one was killed out of the six people involved. The history of this T-shaped corner says it needs some major modifications.

A little after 10 a.m. Friday, an older model Toyota pickup barreled down a long hill street, hitting the curb on Frisbie Street, went airborne and literally flew into this home.

The vehicle grazed a mother and her baby but left two other residents and a kitten uninjured. The mother was taken to a trauma center as were the two occupants of the car who suffered moderate injuries.

"Could have been speed, could be a loss of brakes, could have been environmental. That's up to the police department to do the investigation," said Battalion Chief Cliff Campbell of the Vallejo Fire Department.

The car's path also did serious structural damage to the house which did not collapse.

"The whole left side of the this structure is deemed unsafe, This building will be red tagged," said Campbell.

A couple months ago, Campbell said a similar incident occurred right next door. "There has been in this particular area here we had the house next door where we had an RV, a couple months ago, coming down the same Santa Clara Street and veered off into that structure. It's an apartment complex," said Campbell.

When extracted from the back yard, the Toyota emerged with severe front end damage. The house is being shored up so that the resident can recover personal property, but he house], even when rebuilt, will still have a target on its front. 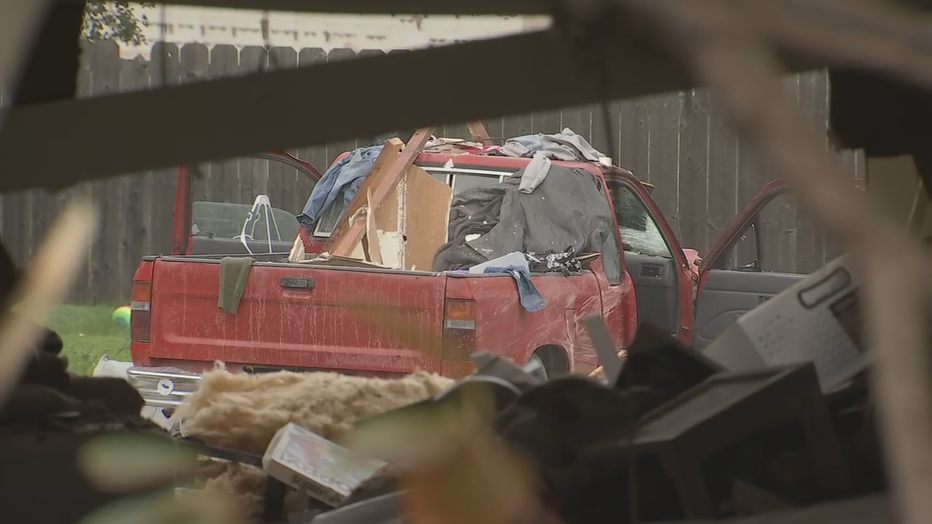