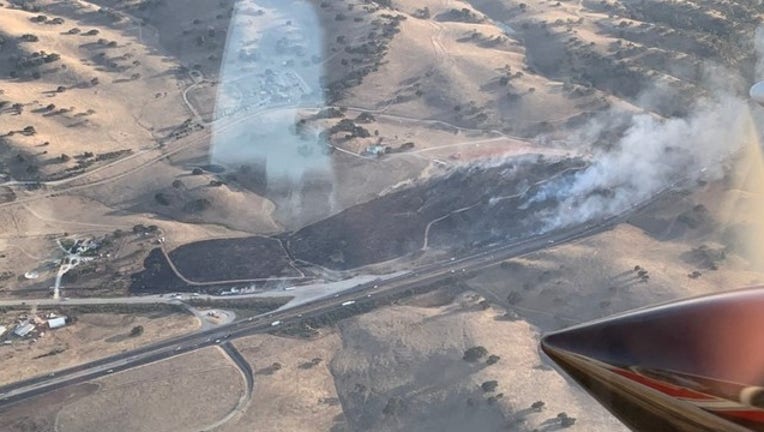 As of 5:45 p.m., about 15 acres had burned, said Cal Fire, adding that heat and winds were contributing to a "high rate of spread."

The fire was first reported about 4:25 p.m., and may have started as a car fire, to which the California Highway Patrol responded.

No injuries or damage to structures had been reported by 6 p.m. Sunday.