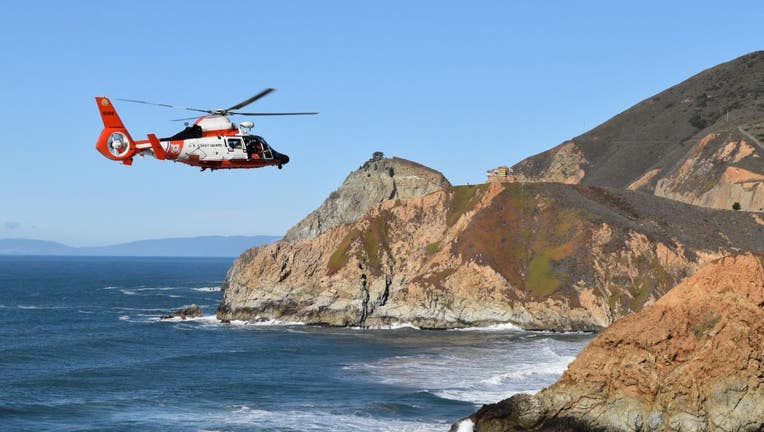 Search for car that reportedly went over cliff at Gray Whale Cove.

HALF MOON BAY, Calif. - Despite an extensive search by multiple agencies, authorities haven't yet been able to recover a dark-colored SUV that was reported to have plunged into the sea off a cliff on state Highway 1 south of Devil's Slide on Monday, a California Highway Patrol spokesman said.

A witness reported seeing the car go off the cliff in the vicinity of the Gray Whale Cove State Beach area at about 11:15 a.m. on Monday, according to CHP Officer Bert Diaz.

The fact that the vehicle went off the cliff in that area was confirmed by video footage, a still photograph and tire tracks, Diaz said.

Vehicle parts were found in the water in that area and some of them matched the description of the SUV but some did not, according to Diaz.

An intensive search for the car and people who may have been inside it was conducted on Monday afternoon by multiple agencies, including the CHP, the U.S. Coast Guard, the San Mateo County Sheriff's Office and Cal Fire, Diaz said.

However, no bodies have been recovered and the car hasn't been found, according to Diaz.

U.S. Coast Guard spokesman Petty Officer 3rd Class Taylor Bacon said a six-hour search for bodies was suspended late Monday afternoon because the water conditions in the area were dangerous and the probability of finding anyone still alive was outweighed by the risk to the crews that were searching for people.

Diaz said crews aren't searching the area on Tuesday because the conditions are still dangerous and are expected to remain dangerous on Wednesday.