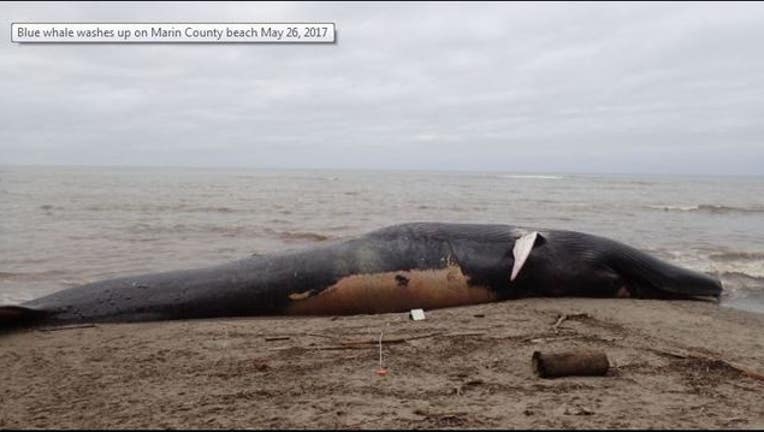 BOLINAS, Calif. (AP and KTVU) - The body of a 79-foot (24-meter) blue whale has washed ashore in California's Marin County and experts say it likely died after being hit by a ship.

The whale was discovered off Agate Beach in Bolinas on Thursday. Scientists from the Marine Mammal Center say it's a sub-adult female. They collected skin and blubber samples on Friday and plan a full necropsy Saturday.

Blue whales are the world's largest animal and they're endangered. About 2,800 live off the California coast.

Based on fluke markings, this particular whale was first spotted in 1999. It's been seen about a dozen times, mostly near the Santa Barbara Channel.

The whale's body is mostly intact. Researchers say it's rare to find a carcass in such good condition and that could help them learn more about the species.