PETALUMA, Calif. - Sonoma County sheriff’s deputies have arrested a man for carjacking a 2003 green Honda Civic, 10 days after they Tased and put the rightful owner of the car in a carotid neck hold that led to his eventual death.

Jail records show that Driden Adrian Estrada, 32, was booked Saturday on aggravated battery and carjacking, both felonies, along with two misdemeanors and a forgery enhancement. He is scheduled to be arraigned Tuesday afternoon. 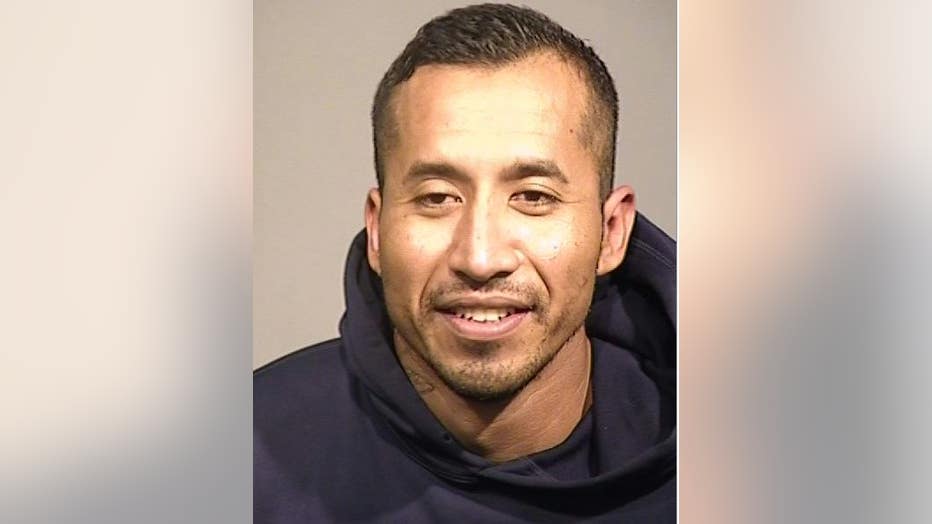 Ward reported the beating and carjacking to the sheriff's office around 10:10 p.m. on Nov. 24.

Ward knew Estrada, a caretaker who lived on his property, for about two months, only by his nickname "D," Valencia said. Ward gave a description of Estrada to the sheriff's office and identified him as the suspect in a photo lineup. He had been in charge of Ward's household chores.  Estrada was arrested in the 20000 block of 5th Street East.

On Nov. 27, Ward had somehow recovered his car but had not yet reported it found to authorities, a sheriff’s spokesman said.

When deputies spotted the Honda, they confronted the driver, which turned out to be Ward. Ward had a host of medical ailments, including using a wheelchair and not being able to breathe very well, his relatives said.

Ward led deputies on a chase and ended up hitting two officers, and later, when stopped, did not fully comply with police orders to get out of his car, Valencia said. It's unclear why he didn't stop for authorities. Relatives speculated he might have not had his oxygen tank with him and could have panicked to get it.

Deputies ended up stunning Ward with a Taser and putting him in a carotid neck hold. They didn’t realize he was the owner of the car at the time.

Ward died a shortly after being taken out of his car and placed into handcuffs.

Relatives said Ward was never quite the same emotionally after his father died four years ago, as he had relied heavily on his Dad for support. His father had left Ward his home and the green Honda.

"This is news to me," Ward's sister, Catherine Aguilera told KTVU by email on Tuesday. "But so glad to hear it. This is good news."

At this point, no body camera video has been provided to corroborate the events as described by police. Valencia said last week that the department has 45 days to release the footage, unless that is delayed because of the ongoing investigation.